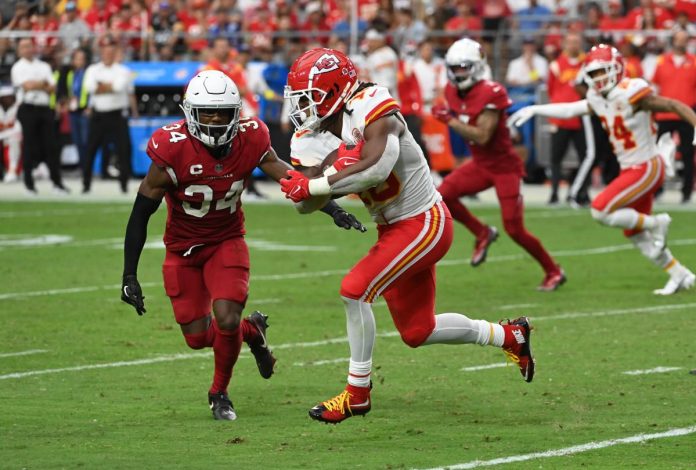 Kansas City head coach Andy Reid was unhappy with the turf situation at State Farm Stadium in Arizona on Sunday.

In fact, the Chiefs’ leader said the playing surface played a role in the injuries to both kicker Harrison Butker and defenseman Trent McDuffie.

“It was part of Butker’s injury and McDuffie’s injury. Unfortunately, that was part of it,” Reed said, according to team insider Sam McDowell. “The Turf has risen. I would tell you that it has something to do with it. If it wasn’t, I’d tell you that too.”

A Cardinals representative has since responded to Reed’s concerns.

“The entire field was replaced on Monday, August 22—the day after the last preseason home game against Baltimore—so it was almost three full weeks before the first week’s game against Kansas City,” a ProFootballTalk representative said. “This time is more than enough for the Tifway Bermuda 419 hybrid turf to take root, especially at a temperature of 109 degrees and abundant sunlight.”

“The field at State Farm Stadium is usually among the best—if not the best—among NFL players, including in surveys conducted by the NFLPA,” the representative added. “As on all fields, the covering of the Sovkhoz Stadium undergoes mandatory testing and certification by the NFL both before and after the games. On Sunday, he not only met those standards, but surpassed them.”

Butker is unlikely to play on Thursday night after he injured his ankle during this competition in week one. McDuffie will miss at least the next four games due to injured reserve.

The reaction of the sports world to the news of the...