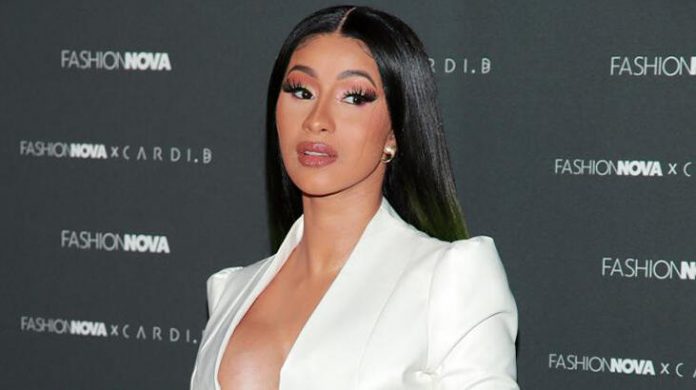 Cardi B’s new track “Up” is a huge hit! The very famous American rapper then displays her joy on Instagram.

Friday, February 5, 2021, Cardi B once again surprised her millions of fans with a brand new track called Up. Faced with the success of the latter, the very famous singer can not help but show her emotion.

Nothing seems to be able to stop the machine launched at very high speed. Cardi B thus connects projects, but above all, very big successes.

It must be said that the very famous singer has a lot of talent. We can no longer count the number of her hits! Thus, her many fans admire him and therefore do not hesitate to let him know.

They support her en masse in each of her businesses! But that’s not all … They are also several million to follow her activity through social networks.

As a result, Cardi B has no less than 83 million subscribers on Instagram, the platform on which she spends the most time. High class !

On the night of Tuesday February 16 to Wednesday February 17, the interpreter of Thru Your Phone then sent a little message to her audience. She can’t believe the success of her last title!

Up appears at the top of all TOPs and she still can’t believe it. It must be said that the sound sends very heavy!

CARDI B THANKS ITS FANS FOR UP’S SUCCESS!

Very active on social networks, Cardi B does not hesitate to share and interact with her millions of fans. She appears very close to the latter.

Not long ago, the very famous singer of 28 years therefore wanted to thank them. They blew up the counters of her last track!

“Wow, I am very happy and blessed. Thanks to everyone who participated in my record. I wanted to beat the one from my last highest solo single on the Billboard which was ‘Money’ and which came in at number 13, ”she explains. I am grateful. ”

You will no doubt understand, Cardi B is therefore very moved. The hit artist still can’t get over it! Getting second on the Billboard is something.

On YouTube, the title Up has already accumulated nearly 46 million views. Yes, you did hear! And that’s just the beginning.

It must be said that the companion of American rapper Offset has not done things by halves. She once again put the package in the sets, the staging, the outfits and the dances!

Seduced by the clip, Internet users then reacted en masse on the platform. They validate the song unanimously! So we’ll let you discover it right here.

RM and Jungkook show how they prepare for BANG BANG CON