Home Celebrity Cardi B explodes all records in the R&B Hip-Hop charts! 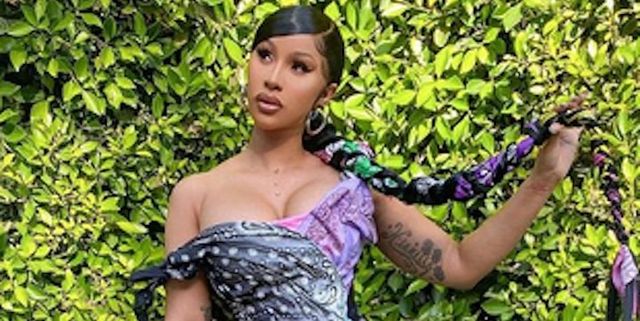 Shock on the web: Rapper Cardi B ignites the web and explodes records in the R&B Hip-Hop charts with her latest single UP!

New buzz for rapper Cardi B! The star explodes all records in the R&B Hip-Hop charts on Billboard and ignites the web!

Are you a die-hard Cardi B fan?

Followed by more than 83 million fans on her Instagram account, the young woman does not stop talking about her! And for good reason… her talents as a rapper are no longer to be proven!

Unsurprisingly, Cardi B is therefore unanimous on the web! The rapper is thus at the top of the charts of the R&B and Hip-Hop charts of Billboard.

Shock! She can thus claim an invisible Billboard Hot 100 feat for more than 20 years!

Indeed, with “Up”, Cardi B landed a consecutive No. 1 debut on Hot R & B / Hip-Hop Songs! After “WAP”, also starring Megan Thee Stallion, she has been at the top since last August and therefore begins a domination of 10 weeks!

The combo therefore makes Cardi B the first artist to post two consecutive No. 1 debuts on the charts as lead artist! Shock!

All in all, “Up” is Cardi B’s sixth number 1 on Hot R & B / Hip-Hop songs, notably with at least one in each of the past five years. So here are Cardi B’s sounds that finished number 1 on Billboard:

CARDI B LIGHTS THE CANVAS ON WITH “UP”!

Unsurprisingly, Cardi B is therefore delighted with the debut for her single “Up”! She then confided in a recent interview: “I was too successful! ”

In fact, the song’s arrival was a Hot 100 feat that hadn’t happened in decades. Until “Up”, no woman had debuted so high on the Hot 100 with a song without any other featured artist who also made Billboards! Shock!

But that’s not all ! “Up” also debuts at number 1 on the Hot Rap Songs chart!

Cardi B’s song, released on February 5, has already recorded more than 31.2 million US streams in the past week, according to MRC Data! 34,000 downloads sold at the start of the week further increase the figures of the famous rapper!

“Up” goes up again and again! The single received 8.7 million audience impressions in its first full week of radio follow-up! So we can say that the star has set the bar very, very high with his latest single and this new record, don’t you think?