Home Celebrity Cardi B: Her darling Offset has been arrested in Los Angeles! 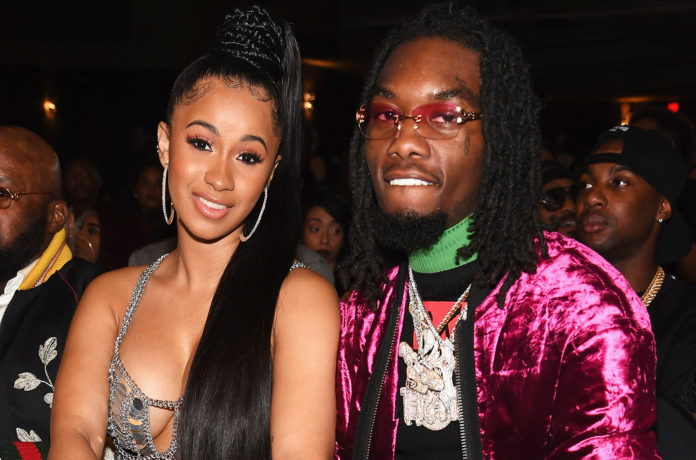 Cardi B’s husband is being talked about again. After charges of violence, Offset was arrested for carrying arms in Los Angeles.

Criminal alert! The hottest couple in America have just gone through a difficult ordeal. Cardi B’s husband Offset has been arrested by the Los Angeles police force!

Often criticized for its vulgarity, Cardi B is not unanimous on social networks. Besides, neither did her husband! In fact, the 28-year-old rapper made his own again … And this time, it’s not about the trash photo that the young woman had published on her Instagram account. Already known for acts of violence, the young man is once again being talked about on the Web!

While California is still in shock after the death of Kobe Bryant , another star made the buzz this week. Indeed, a controversial video of Cardi B’s husband was released on the net. On Wednesday January 29, the Los Angeles police had to arrest the interpreter of the title Rap Saved Me .

CARDI B’S HUSBAND, OFFSET, ARRESTED AT THE SHOPPING CENTER FOR CARRYING WEAPONS!
The album Culture III had announced the return in force of the Migos trio. In recent years, the three rappers have also caused a lot of ink to flow. And if the group is about to separate, they have the merit of having finished their partnership in style! Offset has also caused a buzz by being arrested by the police of a shopping center! The cause ? Cardi B’s husband owned a gun in a public place!

According to TMZ, the latter then had a body search after a person claimed that he did indeed have a weapon on him. On Instagram, a fan even filmed the arrest of Cardi B’s husband ! For the moment, we do not know if the young man is still in prison and the singer did not wish to speak.