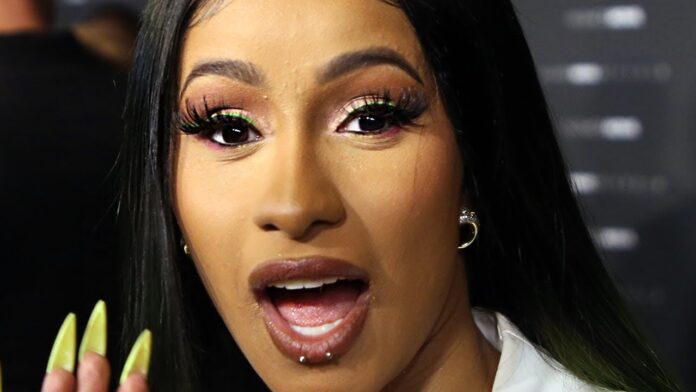 Billie Eilish has become a fashion icon, not only for fans, but also for other celebrities Cardi B has copied her style!

Cardi B kicked off her weekend with a new hairstyle for the ‘Gram, and it’s worth every look as she’s been inspired by another celebrity for her new look.

The “WAP” rapper surprised fans on Friday (November 20) when she dyed her usual dark locks with streaks of slime green, a bold aesthetic reminiscent of a certain pop star.

“Where do we go when we fall asleep? …. Sneaks: Cardiboks ”, the singer wrote with a photo of her posing in her green and gray Lamborghini ombre. The caption is also inspired by the title of Billie Eilish’s debut album, When We Fall Asleep, Where Do We Go ?.

In a new video, the 28-year-old wears her new Reebok collection and a sexy black outfit, all while showing off her freshly dyed hair, which complements her look.

As if it were not clear, the new look of Cardi B is inspired by the singer of “Bad Guy”, with whom the “green and black do” has become synonymous. And the fans of both live for it.

“You gave body to this cardi”, wrote an Instagram user, while someone else praised, “Although they kick and comb !!! It looks like money honey yaaaasss ”.

The hair change comes a few days after Billboard named Cardi B as the Woman of the Year for its next Women in Music event, as we informed you in Somagnews.

“Thanks Billboard! Now I can show the stats, but that will take me all day B – h broke records! “Cardi said in a video celebrating the news.” Thank you BARDIGANG without encouraging everyone while the world was against me and criticizing every move that I would not have made here every day and using my voice for a change. “

Jungkook and J-Hope use RM’s merch and put their designs to...