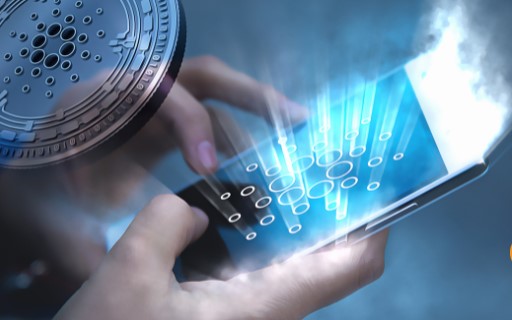 The growing popularity of ADA staking has underlined Cardano’s rising influence in the DeFi ecosystem.

Critics remain optimistic about Cardano’s impact on the DeFi industry due to its late entry into the space. Hoskinson stated that his focus is on creating a reliable product by rejecting cheating. Cardano has stepped up its steps in the DeFi ecosystem with increased staker and dApp support. Also today, Cardano is preparing to launch its first decentralized exchange, Sundae Swap.

On the other hand, in the face of passing this critical turning point, some Twitter users made claims of ghost chains and bots. These discourses have been voiced in the past and Charles Hoskinson declared that they were only speculation.

The growing DeFi popularity of Cardano and the growing developments in the blockchain have yet to be visibly reflected in the ADA price. The ADA price hit an all-time high of $3.10 following the Alonzo upgrade. Quite similar to Ethereum, the price was expected to rise after the successful update.

However, ADA, which remained silent during the peak of other altcoins, has not yet met expectations. Cardano (ADA) price is trading at $1.29, down more than 3% in the last 24 hours. The popular altcoin lost the key support level of $1.60 in the last recorded market downturn. In the market recovery phase, ADA maintains its attempts to heal its wounds quickly. Cardano investors believe that the positive developments on the platform have not yet been reflected in ADA and that this will definitely happen in the coming period.