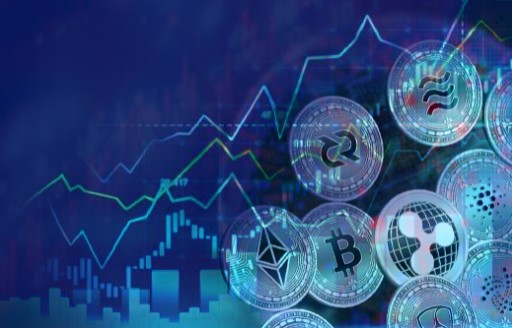 The busy agenda of the markets is pulling Bitcoin up and down. Ultimately, it’s up to the altcoin investor. The uncertainty in the crypto money markets and the possible interest rate increase next week make everyone nervous. It’s nice that Bitcoin can still hold above $39,000, but altcoins have suffered from this volatility.

ETH price, which has fallen steeply for four months since seeing ATH, is at $2,589 at the time of writing. Assuming the altcoin is tied to its historical trends, ETH aims to test the $2,862 level before entering a possible phase of low volatility in the Bollinger bands (BB). The price could breach the $2,500 support several times before testing this zone.

Since falling from its POC, it has seen multiple bearish candlesticks in reinforced volumes that pushed ETH to drop to a six-month low on Jan. Also, the average of BB (red) remained solid resistance throughout the entire drop. Interestingly, Ethereum formed a descending widening wedge (white) over a longer time frame (one month). It has historically seen a strong reversal from the 13-month bullish trendline support (yellow, dashed). This rebound rally then stalled at the POC. Over the past month, ETH has also formed a falling wedge (reversal pattern) on its daily chart.

Aside from that, investors need to keep a close eye on Bitcoin’s movement as it shares a 94% 30-day correlation with ETH. It is likely that Bitcoin and ETH will relax with the interest rate announcement next week.

The second largest meme token has slackened into the oversold territory. The 200-day moving average level of 0.00002676 was lost. $0.00002139 will act as the closest support. In the possible bearish scenario of Bitcoin, Shiba Inu (SHIB) can also break this level. It may be helpful to closely monitor the support test and use a stop to avoid more serious losses.

AVAX, one of the Ethereum rival projects, lost the critical $ 75 level. It pinned $71.35 as the next support but did not break here. It would be useful for investors to closely monitor these support levels. We can say that 75 and 82 dollars levels are suitable regions for profit sales. With Bitcoin taking a break from its decline, the levels of $ 89 and $ 97 can also be exceeded.

Dogecoin finds buyers at $0.116 at the time of writing. The RSI approached the oversold zone and dropped below the 200-day moving average. It seems difficult to speak positively for Dogecoin without exceeding $0.136 in the short term. The MACD is negative and volume is weak, and if the price breaks from the $0.1066 support, its next stop could be at $0.0912. On the upside, 0.128 and 0.136 could be the first stops in the possible reversal scenario.