Home Crypto Cardano and Ethereum: These levels are expected within a week! 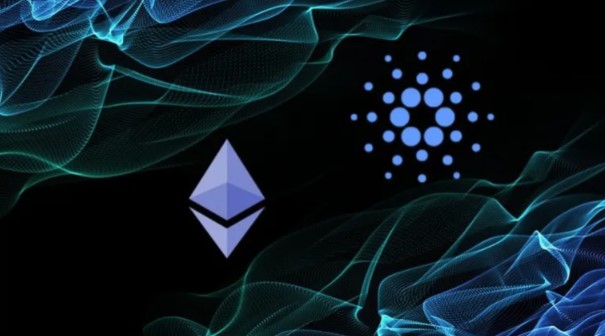 The Cardano Relative Strength Index (RSI) (ADA) shows that bulls are pushing and buying against a slowdown in slowing trading. ADA is ready for a bullish breakout. On the other hand, the price of Ethereum (ETH) was in a dangerous zone after trading below the 55-day simple moving average (SMA). It will not be a surprise if ETH grows by 25% this week, entering calm waters.

The Cardano price fell below the 55-day simple moving average (SMA) at $0.976 earlier this week. Although this is perceived as a bearish signal, bulls take advantage of the fall and do not let the price fall below $ 0.80. This proves that the RSI is no longer falling, but rather leveling off, purchases occur when bears try to push it down. Thus, the ADA price is ready for a bullish breakout when demand will soon outweigh the selling pressure. Investors who step in now should place their stops behind a reliable security level of about $0.715. But on the other hand, already two failed tests and a return to $1,637 with a double top in January and December make Cardano (ADA) a very profitable investment 4 to 1.

The upward deviation of the 55-day SMA may be the level at which bears add more short positions, and buying at the bottom may not become a hedge for bulls. If there is a breakout of the $0.7150 level, a sharp drop to $0.4150 will overwhelm the markets. This could happen in the event of an unexpected step by Russia in Ukraine or in the case of Le Pen’s victory in Sunday’s elections in France.

The price of Ethereum (ETH) was in a dangerous zone after trading below the 55-day simple moving average (SMA). However, the bulls intervened and used the area between the 55-day SMA and $2900.00 as a deceleration level before extending the price action above $3000.00. ETH investors may see solid gains this week as central banks remain calm and global markets experience a quiet week. One of the most important risk factors this week is the elections in France. In recent days, the comments of the Fed speakers, polls about the elections in France, news about Ukraine and many other minor headlines have greatly influenced investment instruments on world markets.

The ETH price will start a quiet trading week on Monday. However, the 55-day SMA has grown and is approaching the 200-day SMA. Although there is still a long way to go, a sustained rally could bring the 55-day SMA closer to the 200-day SMA, and perhaps in the first week of May, the terrible death cross could turn around and open up much more opportunities for growth. . For the ETH price, this is $3,687.17 with a monthly R1 and a historically significant level as a barrier. If the price fails to rise above $3000.00, the bears will defend themselves more and increase pressure on the ETH price, causing a drop to $2695.79.

Master Trader Warns: Bitcoin Could Crash Towards These Levels!