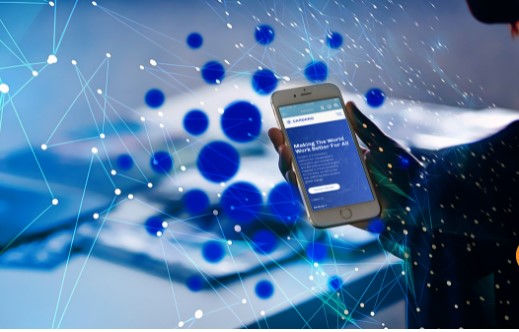 With the latest update, Cardano (ADA), which gained smart contract support, experienced serious price increases. However, the general uncertainty in the cryptocurrency markets also affected him, and he suffered a steady decline from the $3 ATH zone. Today, it eased to $0.91.

Cardano in the Top Three

According to Santiment data shared by Coin98 Analytics, Cardano remains one of the most actively developed networks in the blockchain industry. Based on the number of contributors to the development, Cardano ranks third in activity. Solana remains the most actively developed project in the market and ranks first with 533 active participants. Second place is held by the second largest network in the industry, that is of course Ethereum.

Cardano has around 120 active daily participants who are constantly working on the development of the network. Santiment’s metric tracks activity and number of contributions from resources like GitHub. The more users contribute to the project, the higher it ranks in the ranking. Another indication from the same providers is that Cardano blockchain development activity remains in second place, while Solana is still in first place.

With the release of smart contract technology for the Cardano blockchain, more and more developers have started using the network and posting various use cases. One of the largest platforms in the Cardano ecosystem is SundaeSwap, which holds at least 96% of the total value locked.

According to DeFi LIama, currently the value of locked assets in various contracts created on the Cardano network stands at $120 million. SundaeSwap and MuesliSwap make up a significant portion of TVL’s capacity. The latest update received by Cardano was the expansion of Plutus Scripts to 80 kb. However, while the update can be considered a major upgrade for the development of the network, the market does not seem to consider it in the short term.

With Bitcoin (BTC) on the rise again, Cardano (ADA) can price these developments. However, for now, Ukraine and FED agenda continues to suppress it like all other markets.

This Altcoin Overtakes Bitcoin (BTC)! But There Are Some Problems!