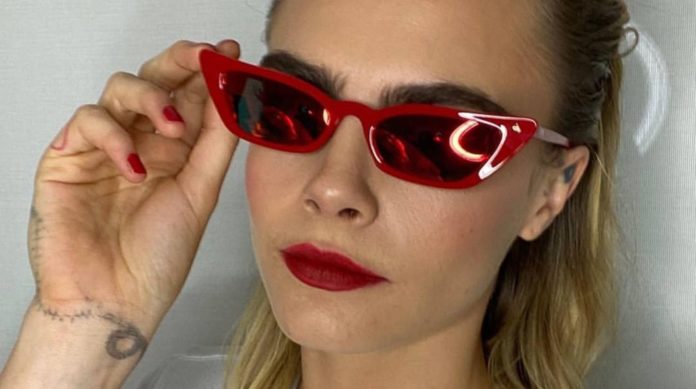 Cara Delevingne questions Justin Bieber about her friendship. The model did not hesitate to question the attitude of the singer.

Justin Bieber recently released his album “Changes” and has been promoting with interviews and on shows like “The late late show” by James Corden.

However, attention has been diverted from his new music, because during one of the segments of the program it seems that he sent a hint to one of his wife Hailey Baldwin’s friends .

In social networks a video circulates where Justin participates in the game of James that consists of answering some uncomfortable or controversial question or eating a disgusting dish instead. When the singer was questioned about his wife’s friends, he decided to be honest and said that his least favorite is Cara.

Now vs. Then If you have nothing against me, then why don't you unblock me? Love you @haileybieber – he should have just eaten the bull penis.

Although Justin clarified that he has nothing against him and that things between them are fine, Cara decided to talk about it and through her Instagram account, she published several photos and asked him if he had no problems with her, for What blocked her from the social network.

Some fans have applauded his answer, because they believe Justin was able to evade the question, but decided to answer instead and admit that he is his least favorite. The dispute between the two began when Cara decided to defend Taylor Switf from the singer’s publications in support of Scotter Braun, since then, he deleted his comments and blocked her.