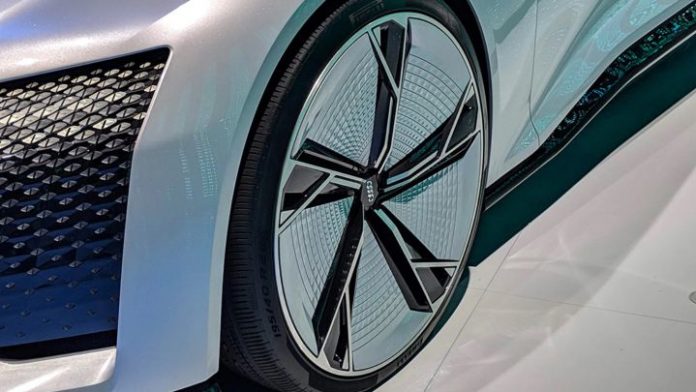 Car Wheel: Kenner’s Tirestorm radio-controlled car, the chase scene from Tron Legacy, this mobile app… They all have one thing in common: In all of them there are vehicles that have a type of mutable wheel, capable of changing shape in real time. A type of wheel that adapts to the terrain and goes from a cleaner and lower design for the road to a higher and rougher one for ‘offroad’ terrain. And this type of wheel already exists.

Wheels based on Origami

Origami is the art / practice of folding paper to create shapes, such as a butterfly or a crane. And it is being used in technology given its possibilities, like this group of researchers at MIT who have developed a biodegradable medical patch, capable of folding around the minimally invasive surgical tools of a robot for delicate operations.

And origami is what has inspired some South Korean researchers to create the type of wheel that we discussed earlier, capable of changing shape in real time and supporting great loads. Thanks to its simple construction, its high weight / payload ratio and its softness and flexibility, the wheel’s kinematic mechanism is capable of supporting a load of more than 1,000 kilos.

The tire of the future

The wheel is capable of switching between two different shapes – large and protruding, or small and smooth – by folding and unfolding the spokes and adjusting the distance between the wheel hub plates. The concept that makes this possible has been developed using a ‘water pump’ tessellation origami pattern.

The pattern has been analyzed for the design of the wheel due to its structural factors: the structure of the wheel based on the water pump has perpendicular characteristics, transforming in the horizontal direction and supporting the load in the vertical.

With this configuration, the wheel can maintain the two different shapes with minimal energy input. The project is the result of a collaborative effort between researchers from Hankook Tire and Technology Co., the Biorobotics Laboratory at Seoul National University, and the Harvard School of Engineering and Applied Sciences.