Home Tech ‘If This Car Is Others What? Dedik Special Design Mercedes AMG G63q 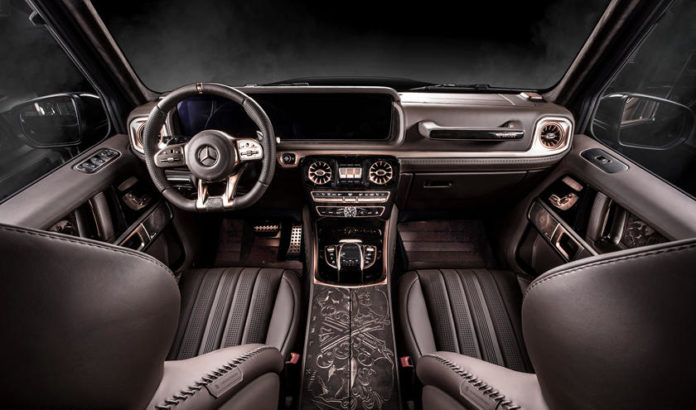 Mercedes AMG G63, one of the most popular vehicles in the luxury vehicle market, has been uniquely designed by artists, jewelers and craftsmen. The Mercedes G63 Steampunk Edition, which has been redesigned with 19th century lines, impresses them with their designs.

Automakers tend to use plenty of plastic and other inexpensive materials in the cabinets of their new vehicles. This trend can be seen even in relatively expensive vehicles. Considering this fact, the founder of Carlex Design, Damian Skotnicki wanted to create a Mercedes AMG G63 design based on the period when the cars were built by craftsmen.

Important works were carried out in line with this idea of ​​Skotnicki and G63 Steampunk Edition appeared. The Mercedes AMG G63, which was redesigned by Carlex Design, gained completely 19th century design lines.

Mercedes AMG G63 with its design that makes “wish it was mine”
The stream, called Steampunk, is a type of science fiction inspired by steam-powered machines of the 19th century. Explaining about the G63 Steampunk Edition, Carlex Design founder Skotnicki said, “The G63 Steampunk Edition is an excellent choice for collectors influenced by jewelry, crafts and fantasy art. The car you see is one of the 10 unique vehicles built according to the latest G63 AMG model. ”

Unlike other special designs based on the G series, Carlex Design did not replace the parts with more modern parts in the vehicle’s exterior. Instead, the design company redesigned the car with lines from the past. The original wheels of the vehicle were replaced with 22-inch copper-colored wheels and the roof was replaced by a copper design.

10 people who will own the specially designed Mercedes AMG G63 will also own a leather-covered book with a gold emblem. In this book, we will explain how G63 is transformed into a work of art with steampunk style. In addition to the book, vehicle owners will have a calligraphic record produced by the artists, a special letter for the collector and a collector’s plate.

Bitcoin may experience a sharp price move on Friday