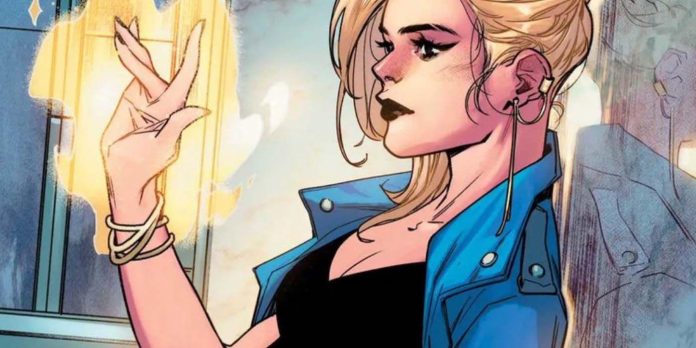 Warning! Spoilers for X-Men: Hellfire Gala #1 from Marvel Comics
Carol Danvers has some of the most incredible abilities in the Marvel universe, and the new Captain Marvel costume at the Hellfire Gala demonstrates her true cosmic potential. In the new cover by Erica D’Urso, who recently appeared on the cover of Marvel Comics’ Black Panther #7, Captain Marvel gets a new look that she debuted at the recent Hellfire Gala, as the ensemble perfectly emphasizes her cosmic nature.
During her time on the pages of Marvel Comics, Carol Danvers has undergone several notable costume changes, as the role of the hero in the universe has changed significantly over the past fifty years. Danvers originally wore an appearance similar to the original Captain Marvel after donning the Miss Marvel mantle, albeit with a much more skimpy design. One of her most iconic looks came at the end of the 70s, when her ensemble of a bodysuit with a zipper became her most recognizable appearance under the pseudonym Miss Marvel. However, after Danvers briefly became Binari, she later became the new Captain Marvel, as her costume, designed by Jamie McKelvey, remains her best image to date. Now the hero gets another new outfit for X-Men’s Hellfire Gala.
Related: Captain America and Iron Man have officially Switched Roles
Marvel Comics has unveiled a new version of Captain Marvel’s cover for Black Panther #7, which features a new image of the hero that she debuted at the Hellfire Gala this week. The cover by artist Erica D’Urso gives Carol Danvers a restrained look compared to some of her fellow heroes and fashionable mutant ensembles. Danvers wears a black crop top with matching blue trousers and a jacket decorated with gold jewelry. Although Captain Marvel didn’t choose a bombastic costume to celebrate mutant culture, the inside of her jacket shows off her cosmic potential, and the star lining is the perfect way to illustrate her extraordinary abilities. See the cover version from Durso below.
The new costume looks great, but, unfortunately, readers are unlikely to see Captain Marvel in the frame of the Hellfire Gala from Marvel Comics. In the book, readers only catch a glimpse of Carol Danvers in her cosmic ensemble in a somewhat darkened background. Considering that the look is great, it’s a pity that it wasn’t highlighted more in the Hellfire Gala comic itself.
While Carol Danvers’ new costume may have only briefly appeared in the Hellfire Gala comic, readers can see how this image attracted attention in more detail on the cover version of Black Panther #7 from Marvel Comics. The version from Erica D’Urso gives Captain Marvel a new impressive look, corresponding to the cosmic nature of the hero. The cover is already available in comic book stores.

Xbox Does Not Plan More Games With FPS Boost For “The...