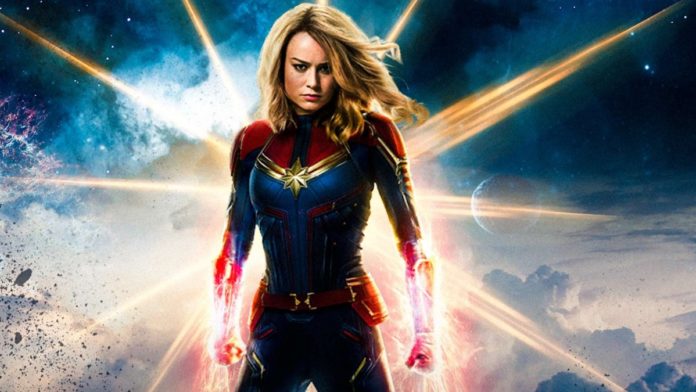 The new concept costume design developed for Captain Marvel, one of the prominent heroes of the Marvel Cinematic Universe, was published by Marvel’s Visual Development Director Andy Park.

The costumes of the heroes in the Marvel Cinematic Universe can vary between movies. Captain Marvel is also among the heroes whose costume changes throughout the movies.

We saw changes in the character’s costume and hair in Avengers: Endgame, which was released after Captain Marvel’s movie telling his own story. Such changes are widely used in the Marvel universe.

In fact, the same Captain Marvel costume had to be used in both films. However, Marvel’s art team decided to make some differences. Therefore, during the preparations of Avengers: Endgame, changes were made in the costume of Captain Marvel with computer animations.

Andy Park, Visual Development Director of Marvel Studios, has released a new concept costume for Captain Marvel. In the concept costume, it is seen that Captain Marvel is wearing a leather jacket worn by pilots on the costume we are used to. Park says this costume reminds of his own journey.

After the success of the first Captain Marvel movie, the work continues for Captain Marvel 2, where the personal story of the hero will be told. Very little information has yet emerged about the film. It is not yet clear who will direct the movie instead of Anna Boden and Ryan Fleck, the directors of the first movie, which is obviously not going to appear in the second movie.

Art and costume designs are crucial for all movies, including superhero movies. Especially in the Marvel universe, we got used to the constant change of heroes’ costumes. We even watched productions using more than one costume during the same movie like Iron Man. Therefore, it may not be wrong to expect that one of the costumes to be used in Captain Marvel 2 will be the costume above.

Google Search is the protagonist of Alphabet’s results