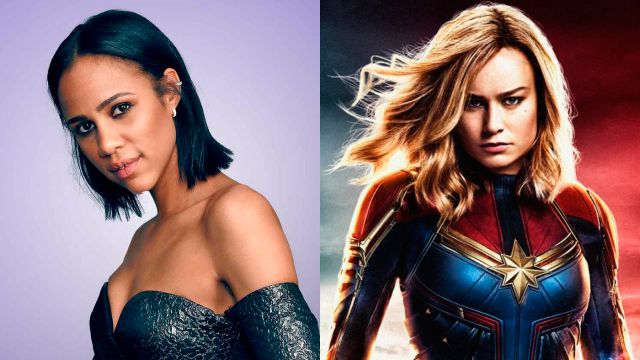 Captain Marvel 2, the sequel to Carol Danvers’ origin movie in the UCM, is gradually confirming her cast and crew. So much so, that now the actress Zawe Ashton, known for her roles in the series Velvet Buzzsaw with Jake Gyllenhaal or the horror film Greta, among others, has been announced as the main villain of the film, although for now it is not known has confirmed which character he will play. Thus, Zawe Ashton will be the antagonist of Brie Larson, again in the role of her as Captain Marvel.

As we say, at the moment it has not transcended which character Zawe Ashton will play, although names such as Moonstone or Veranke are already being considered. Will we see in Captain Marvel 2 the outcome of the Secret Invasion series with a faction of the Skrulls as the main villains? And it is that seeing Skrulls as former members of the Avengers in an evil version would be a very attractive element for fans who would surely fill movie theaters, something that has already been seen in the Secret Invasion comics, for example.

Along with Ashton we will see characters already known as Ms. Marvel, played by Iman Vellani (whose series is currently being shot) or Monica Rambeau, a character who is having a lot of presence in the series Scarlet Witch and Vision (WandaVision), currently broadcast on Disney + and performed by Teyonah Parris. Will we see at the end of the series the new powers of Monica Rambeau and witness the birth of a new superheroine? In a few weeks we will know.

Recall that a few weeks ago the filmmaker Nia DaCosta was confirmed as director of the film along with the screenwriter Megan McDonnell, who has also worked on the Scarlet Witch and Vision series. Captain Marvel 2 is scheduled to release in theaters on December 11, 2022.