Home Entertainment Captain America’s New Costume Shows a Side of Him That Fans Have... 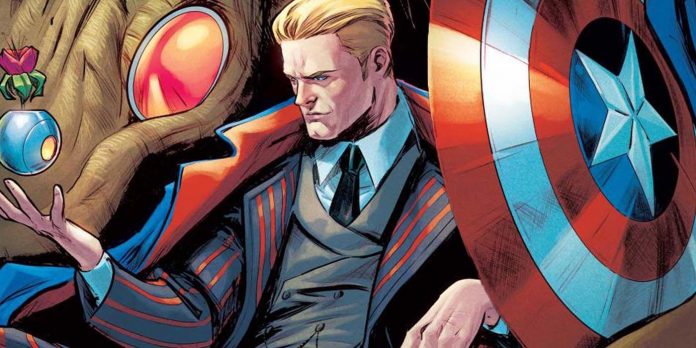 Warning! Below are the spoilers of the “Hellfire of the X-Men” gala from Marvel Comics.

Brightness isn’t Captain America’s biggest problem when it comes to his costumes, but the hero is going to draw attention to himself at the X-Men’s Hellfire Gala with his new look. In the new magazine cover version by David Nakayama, Captain America’s new ensemble, which he will debut at the upcoming event, is in the spotlight as the hero shows a sophisticated, fashionable side that fans have rarely seen before.

Although the symbol on Captain America’s costume has always been important to the hero, he has never tried his best to look cool in different outfits. Instead, Steve Rogers focuses on the outcome rather than how he appears in epic battles with supervillains. But the hero will get a new stylish look for the upcoming X-Men Hellfire Gala, which will give the patriotic hero a stunning new costume.

On his Twitter account, artist David Nakayama shared his upcoming version of the cover for AXE: Judgment Day from Marvel Comics, which will be sold exclusively at Unknown Comics. Art stars Captain America in his new Hellfire Gala outfit, which he will wear at the upcoming X-Men celebration of mutant culture on Krakoa. Steve Rogers looks great in a gray vest and pinstriped suit. Nevertheless, the real decoration of the costume is an extravagant blue-red coat / cape, thanks to which the bold image corresponds to the usual color scheme Captain America. To be honest, Rogers looks great in art and is a great model for the X-Men version of Vogue magazine.

The headlines on the cover of the Hellfire magazine cover variant emphasize Captain America’s costume at the 2022 event, beating his patriotic nickname with the caption “Stars and (pin) Stripes.” Nakayama’s cover also features the teasers “Krakoa Welcomes the Avengers” and “Magnificent Images of the Greatest Generation.” In addition, the headlines have a nice combination of red, white and blue colors, which is a hint of the standard colors of Captain America.

Captain America should be one of the best dressed at the X-Men Hellfire Gala 2022 in a new costume. The ensemble shows the stylish side of the hero, which readers rarely notice, as he is dressed to impress with his appearance, even if Steve Rogers usually prefers not to stand out. Readers will be able to see Captain America’s new costume in action when Marvel Comics’ Hellfire Gala #1 hits comic book stores on Wednesday. Nakayama’s exclusive magazine-style cover will be available for pre-order this week.

How the Remedy Connected Universe Is Likely to Affect Alan Wake...