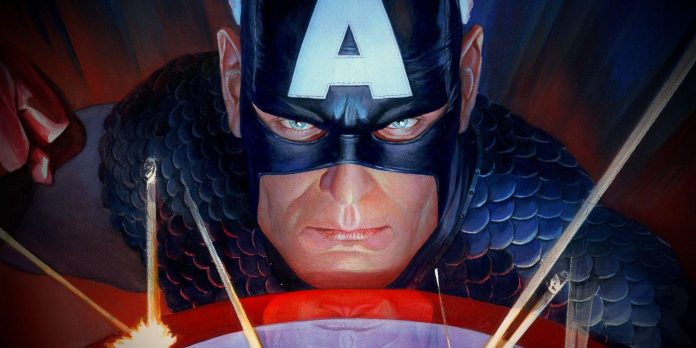 Captain America from Marvel is known as one of the most patriotic comic book heroes, but this does not mean that he unquestioningly obeys every order of the government; this trait was most clearly manifested in the Civil War of 2007, but a few years ago it had an alarming precedent. Steve Rogers is loyal to the ideas and ideals of America, not necessarily America itself, and this extends to American politicians. When it comes to fighting, he doesn’t even actively obey direct orders, and in Avengers #63, he even inspires others to do the same.

In the Civil War, a disastrous battle involving the New Warriors team prompts the United States to enact the Superhuman Registration Act: a law that promises to tightly regulate all superhuman activities and force superheroes to reveal their secret identities to the government. While some, such as Iron Man, believe that the SRA is necessary for the superhero community and the world at large, Captain America strongly disagrees, believing that the legislation is too vague and infringes on too many individual freedoms. As the Civil War plays out, Captain America is fighting against his government, and what for some is a shocking event was predicted many years ago.

In Avengers #63 of 1998, a protracted battle between Thor and Iron Man forces the United States Army to mobilize and send ground troops (and the situation is not saved by Russian bombers ready to attack the area). Captain America finds himself surrounded by soldiers sent directly by the President of the United States, and orders the group to hold their positions and not move forward. Captain America is not a high-ranking officer present, but he is still Captain America, and this encourages every soldier to greet Rogers and obey his orders, not the president’s orders.

Simply put, Captain America has just carried out a coup by ordering the soldiers to ignore the orders of the president as commander-in-chief. Such behavior amounts to treason, and since Captain America is still in the U.S. Army as a captain, he is subject to incredibly harsh punishment according to UCMJ. If Steve Rogers was ready to do this almost a decade before the Civil War, no one should be surprised when he rises up against his own government for the second time.

It wasn’t even the first issue in which Rogers went against the president. In Captain America #175, Captain America fought President Nixon, who (in the Marvel universe) committed suicide in the overseer’s office when his plans to take over the country were thwarted. Combined with the events of Avengers #63, it’s no surprise that Captain America was fighting against his government again, and it’s a small miracle that he didn’t fight back sooner.

The screenwriter of Strange New Worlds explains the change in the...