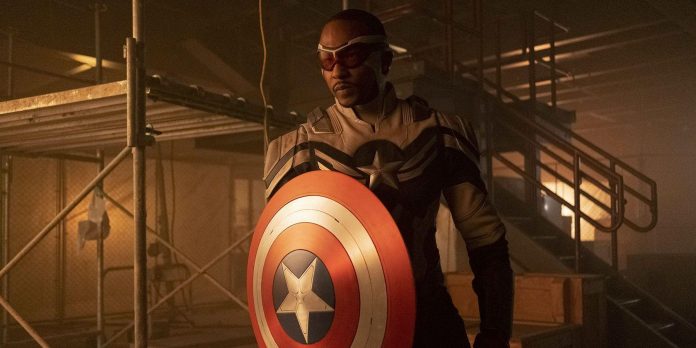 “Captain America: The New World Order” will be the super Soldier’s fourth solo outing and the first time Anthony Mackie will officially take on the role. Unfortunately, the limited details about the film that became public were very poorly received for extremely unpleasant reasons.

Marvel has faced some controversy in the past, usually due to some adverse consequences for the choice of the script. In the past, Disney as a company has been unreasonably cruel towards its employees and hired teams. The company’s cultural cache has only gone down over the years, and things continue to get worse.

“Captain America: The New World Order” borrows a somewhat common phrase for its subtitle. Some may identify him most with the classic WWE stable that ruled in the 90s and early 2000s, but it has a much more unpleasant history. The term “new world order” was first used by world leaders such as Woodrow Wilson and Winston Churchill to refer to the changing balance of power after World War II. Supposedly sincere efforts to do good through organizations such as the League of Nations and, eventually, the UN, were regarded by some as tyranny. Science fiction icon H.G. Wells redefined the term as a dictatorial state of technocratic domination, which led to a widespread conspiracy movement.

The modern use of the new world order exists almost exclusively in the mouths of deluded monsters like Alex Jones. Conspiracy theorists have long believed that any efforts by any government to help its citizens are offshoots of a larger conspiracy aimed at establishing a single world government and destroying freedom for all mankind. This theory is almost always fiercely anti-Semitic, presenting Jews as either duplicitous demons secretly possessing all the power, or mischievous foot soldiers of absolute evil. This is a despicable series of beliefs that demonize a group of people for profit or political gain. It is closely related to other conspiracy theory hits such as black helicopters and FEMA camps, but exists as a kind of coherent Holy Grail for most theorists. Many other works of art have borrowed the idea of a new world order, but it is always dangerous to invoke it. Marvel is doing its best, entering more risky territory with the introduction of a new hero.

Not content with linking the hero best known for his fight against the Nazis to a well-known anti-Semitic conspiracy theory, Marvel is taking a step forward and preparing to enter the Israeli-Palestinian conflict. The New World Order will see Shira Haas in the role of Ruth Bat-Seraphim, also known as Sabra. Sabra is essentially Captain America for the Israeli Secret Service. Her name comes from an old nickname for Israelis, but two years after its introduction. The ongoing apartheid state in Israel has made the idea of a Mossad superhero culturally insensitive at best, and actively supporting violent genocide at worst. The name now recalls the 1982 Sabra and Shatila massacres, in which the IDF ordered and contributed to the deaths of 400 to 3,500 civilians. Sabra’s performance caused a huge negative reaction, which led to fierce arguments on the network.

The best reading of this scenario is that Disney and Marvel somehow didn’t know about the minefield they had wandered into. The desire to include a Jewish character is somewhat noble, but there are plenty of other options. Sabra is a venomous character these days, it’s impossible to introduce her into a modern narrative without angering part of the audience. In the worst case, you can see that Marvel fully supports the apartheid state and all the cruelty associated with it. A smart company might not be involved in this debate at all, especially when making a film about a man with wings and a shield who sometimes fights aliens and gods. Perhaps the company thought that the apparent anti-Semitism in the subtitle of the film could be countered by violent Zionism, but both caused a violent public reaction.

It’s impossible to know how Marvel will handle the big political ideas they’ve decided to fight, but many fans expect the worst. This issue is so controversial that they will receive a constant stream of hate regardless of how they decide to use this material. They have stepped into a minefield and are already taking on one explosion after another. Given Marvel’s long-standing relationship with the US armed forces, participation in any global conflict involves a number of huge risks. Even beyond PR, if Marvel takes the wrong side or gets their message across incorrectly, they risk misleading or even radicalizing their young fans. For a company that focuses testing and design on committees, as Disney does, it’s wild to see such an unforced error on the big screen. Marvel needs to be more careful than ever because they’ve already made some serious mistakes and there’s more at stake than the comics.

All Xbox 360 games that have ever been distributed through Games...