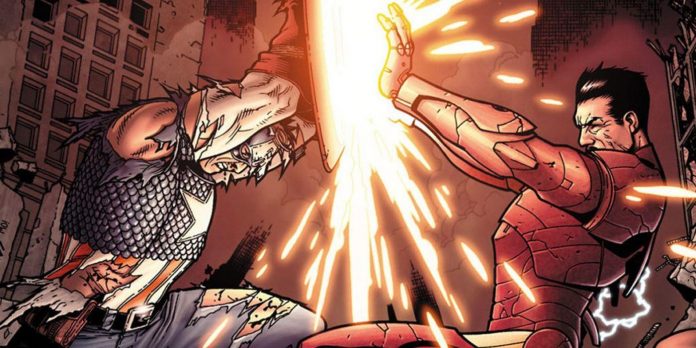 Attention: contains spoilers for the movie “Captain America: Guardian of Freedom No. 1”!

Marvel’s Captain America may have died at the end of the company’s Civil War crossover, but even after his death, the Guardian of Freedom managed to win a fierce conflict—and in the process proved that Iron Man was right. Even fifteen years after the end of the final battle, “Civil War” still divides Marvel superheroes (and readers) along fine lines: those who supported the Law on Registration of Superhumans in the name of security, and those who fought against the legislation in the name of freedom. Captain America: Sentinel of Liberty #1 suggests that not only Captain America emerged victorious, but every superhero is now above the law.

After a disastrous battle with the New Warriors team led to an appallingly high level of civilian casualties, the United States Government put forward a Superhuman Registration Law: a law calling for masked heroes to take off their disguises, present their identities to the government and report for regular training. and supervision. While Iron Man supported the law, Captain America fought against it, fearing that the legislation was too vague and infringed on too many individual freedoms. A terrible conflict ensued, which ended with the fact that the underground forces of Captain America surrendered to the government, but Steve Rogers died on the steps of the courthouse at the hands of an assassin.

Captain America eventually rose from the dead, but the Marvel universe itself took much longer to fully recover. In “Captain America: Sentinel of Freedom No. 1”, written by Jackson Lanzing and Colleen Kelly with illustrations by Carmen Carnero, Steve Rogers returns to his childhood apartment in New York and tries to live a normal life. But, no matter how hard he tries, Rogers still has the right to certain freedoms that are not granted to any other New Yorker, for example, running next to the A train when it crosses the bridge into Far Rockaway (an extremely illegal action).

At the same time, several airships with Tony Stark’s big name are flying between buildings in Times Square. The airspace over New York is severely restricted, and even drones are not allowed to fly without special permits. The fact that massive blimps owned by Stark are allowed to fly between buildings suggests that he—and therefore Captain America and all other superheroes—are above such legal issues. As Iron Man hinted during his support of the Superhuman Registration Act in the Civil War, superheroes are above the law.

Captain America has won the brutal conflict of the Civil War; after all, heroes exist, and they are still allowed to wear their masks, with little or no control over them. It is highly unlikely that Stark applied for the permits needed to fly planes through Manhattan, and it is equally unlikely that Steve Rogers filed documents that allowed him to run alongside a high-speed train. The world simply bypasses Captain America — and although he may fight for the law, it does not necessarily apply to him.