Home Entertainment Capcom vs. SNK: the eternal rivals that once faced each other in... 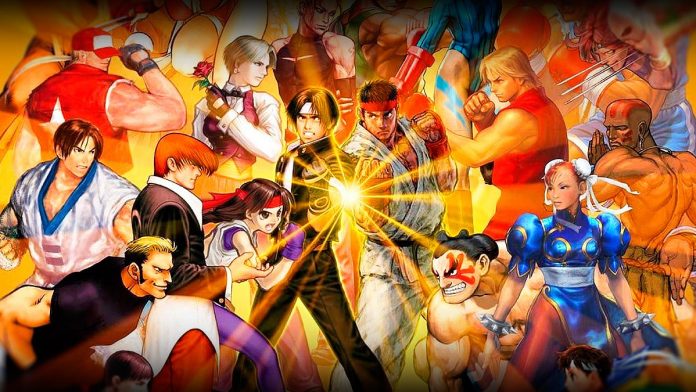 Capcom vs. SNK: Polyon publishes his new ‘An oral history’ dedicated to Street Fighter, with a chapter that tells how the most epic crossover of the nineties was forged. Capcom vs SNK could be the title of a docuseries that spoke of the arcades of the nineties . How Art of Fighting wanted to respond to Ryu and company, how SNK’s mechanics caused Capcom to try new formulas and how, little by little, players were winning with new fighting games and new characters available. But it is also the title of the definitive crossover (with permission from Marvel) between the two giants of 2D fighting. In the new ‘an oral history’ of Polygon they tell how this dream combat was born, in addition to several curiosities in a not too easy time: arcades were already on the decline, 3D fighting games with Tekken at the head were eating ground and SNK did not have the health of Capcom in other fields.

But how did it all start? As recounted in the Polygon article, it all started with Takashi Nishiyama, who had worked on the Street Fighter series and made the leap to SNK. At a meal with Okamoto, one of the most important figures in the company, they wondered why they couldn’t make a game together. “Combining our forces and using the characters of the two companies in a collaborative project,” Nishiyama recalled. Both of them got down to work convincing their superiors to move forward with the project.

For Matt Atwood, PR of Capcom USA, the collaboration was a “great opportunity for SNK” since, in his words, they were on the decline and the game could be a boost for them. Still, not everything was going to be a bed of roses. It is surprising, for example, how Seiji Okada, Capcom vs SNK programmer, admits that he “had never played a SNK game” and had no knowledge of anything about them, neither characters nor anything. When he did, he was encouraged: “They were played totally different from Capcom’s fighting games, and that was refreshing.”

On the other side, a totally different case. Tanabe explained an interesting curiosity. In The King of Fighter’s 98, they had some time after finishing development and the team did a cover with Ryu and Ken. “It’s something that a lot of people don’t know, I think only developers know because I haven’t told anyone, but just for fun, before Capcom vs SNK, I was playing with Ryu and Ken at KOF98.”

Tanabe himself admits that he doesn’t know if there is any version that still exists of this, because they did it only on the development hardware, so “there was never a physical version on a cartridge.” Of course, he adds one more surprise: “I remember that we not only put Ryu and Ken in, but we put characters from Dragon Ball, like Goku.”

Capcom vs SNK 2: the perfect product

SNK tried his luck with a crossover in the form of a card game and with SNK vs Capcom, a visually attractive game that happened without pain or glory. On the other hand, Capcom published the first Capcom vs SNK, but the game was far from expected. It was beautiful, it was spectacular, but it was in no man’s land. One of the reasons why they think it did not work is precisely because the title worked with four buttons, and that did not feel like Street Fighter.

James Chem FAQ Writer of the series, relates it like this: “With Capcom vs SNK 2 with six buttons, it was wonderful. I was very happy with this decision, and graphically it was very good. The gameplay was solid and now yes, I felt that this was the stone that could lead us to the next Street Fighter ”. Seth Kilian, a counselor on Street Fighter 4, saw it the same: “CvS1 had a great roster of characters and a lot of fighting options, but they were almost all bad decisions. Long, slow fights and a fighting style that killed the hype ”. On the other hand, the direct sequel was a success: “It was both a traditional and wild proposal, a return to the usual combat style but with a huge roster of characters, the biggest and wildest mechanics system in the history of Capcom and all that, well mixed ”.