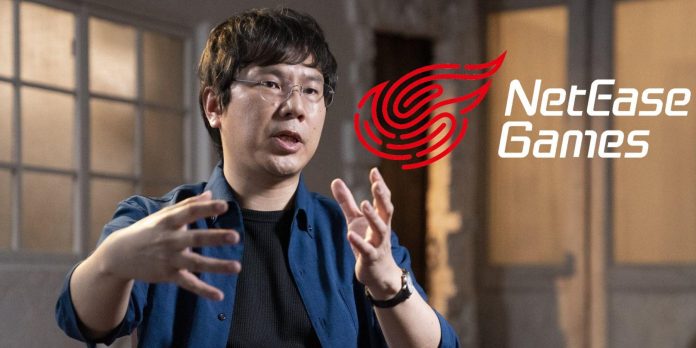 In recent years, NetEase has made a splash in the gaming industry, as the Chinese developer and publisher has made several high-profile acquisitions. Last year, the Hangzhou-based studio acquired Grasshopper Manufacture, the developer of No More Heroes, and also became a partner of brands such as Blizzard and Marvel. Recently, the studio has also received a number of major hires with names such as former Yakuza creator Toshihiro Nagoshi, who signed a contract with NetEase. Now, a recent announcement reveals that Capcom veteran producer Hiroyuki Kobayashi is also going to join NetEase.

Hiroyuki Kobayashi has worked at Capcom for almost three decades, first working with the iconic developer in 1995 as a programmer on the first Resident Evil. He went on to produce numerous Capcom franchises with such successful games as Resident Evil 4, Devil May Cry and Dragon’s Dogma. Kobayashi will also executive produce a small set of games, including Resident Evil 6 and Mega Man 11. Now an announcement on his Twitter account confirms that Kobayashi has left Capcom for NetEase.

Hiroyuki Kobayashi officially announced the transition to NetEase via his Twitter on Friday morning, which coincided with the 50th anniversary of the producer. Kobayashi announced that he had previously left Capcom on March 31 and would join NetEase as a producer in the future. The disclosure did not provide any details about upcoming projects with NetEase, it just told fans to “keep an eye out for updates” with plans for the future. Kobayashi ended the announcement on a positive note, stating his desire to “create more enjoyable entertainment” with NetEase.

The acquisition of Hiroyuki Kobayashi adds another major player in the gaming industry to the NetEase lineup as the company is constantly expanding. In addition to the previously mentioned Grasshopper Manufacture, NetEase has invested heavily in studios such as Bungie and Quantic Dream. The Chinese studio also licenses several popular games for the Chinese market, such as Minecraft and Overwatch, and has reportedly even worked with Blizzard on the cancelled mobile MMO World of Warcraft.

Kobayashi’s departure from Capcom left an indelible legacy, as he contributed not only to some of the developer’s most famous games, but also to many popular niche franchises. Kobayashi worked on all three Dino Crisis games, acting as the planner of the first and producer of Dino Crisis 2 and 3. He also took an active part in the Sengoku Basara series, producing several games and directing anime adaptations. Kobayashi will bring almost thirty years of experience working with one of Japan’s leading developers to his new position at NetEase.

Hellblade 2 “Will Make Hellblade Feel Like An Indie Game,” Says...