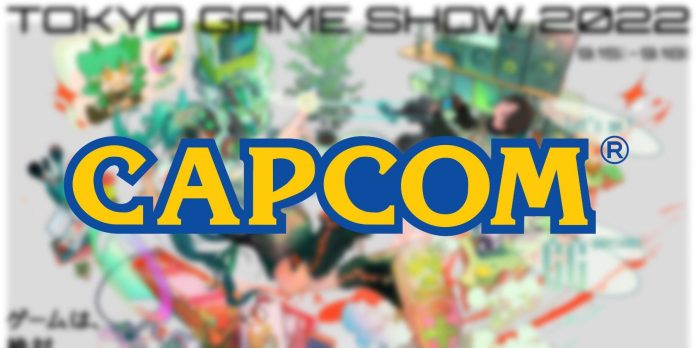 Summer is the season of discovery in the world of games, and many major game presentations take place during the summer months. At the June Summer Game Fest, presentations by various game developers, such as Nintendo, Xbox and Sony, were held throughout the month, presenting many new games. Gamescom 2022 kicked off in Cologne, Germany, with a showcase of new games such as Goat Simulator 3 and Hogwarts Legacy. Now that Tokyo Games Show 2022 is around the corner, Capcom has unveiled its plans for the upcoming Japanese gaming conference.

Capcom’s program for its online event scheduled for September 15 showed five games that the developer plans to present at the Tokyo Games Show 2022. It has been confirmed that Street Fighter 6 will receive a new trailer during the event, showcasing the characters arriving in the game, as well as a look at the World Tour and Battle Hub modes. Exoprimal will also appear during the Capcom show with updated information on “characters, exosuits, dinosaurs and more.” Monster Hunter Rise: Sunbreak will allow players to get acquainted for the first time with the second free expansion update, which is due to be released in the fall of 2022.

The presentation will also feature two new installments of some of Capcom’s most iconic franchises. Capcom’s presentation will include a segment dedicated to Resident Evil Village Gold Edition, with a detailed description of the new content for the re-release, which is due out in October. Capcom and Sony recently announced that it will be possible to play the PS VR2 version of Resident Evil Village at the event. The Mega Man Battle Network Legacy collection will also be included in the broadcast, showcasing additional features that will appear in the Battle Network collection.

The announcement of Capcom’s online program for the 2022 presentation was also accompanied by some special news for Street Fighter 6. Along with the full Capcom presentation, Street Fighter 6 will also receive a separate targeted “Special Program” broadcast later during the conference. The event is scheduled for September 16 at 8:00 am Pacific Time with the participation of producer Shuhei Matsumoto, director Takayuki Nakayama and art director Kaname Fujioka. The program will feature a demonstration of the gameplay in real time, as well as a detailed overview of the visual effects of Street Fighter 6.

The Capcom Tokyo Games Show presentation will be part of a major return to normalcy at the annual convention. Earlier this year, Tokyo Games Show confirmed that the 2022 event will be the first physical Tokyo Games Show since 2019, and 2020 and 2021 will be completely and mostly virtual due to the impact of the COVID-19 pandemic. The conference will be attended by various well-known developers such as Konami, Kojima Productions and Square-Enix. Under the slogan “Nothing stops games,” Tokyo Games Show 2022 hopes to see a powerful convention that will end the summer.

Call of Duty: Warzone 2 Proximity Chat can lead to a...

The Big Bang Theory: This track reveals that there were fights...