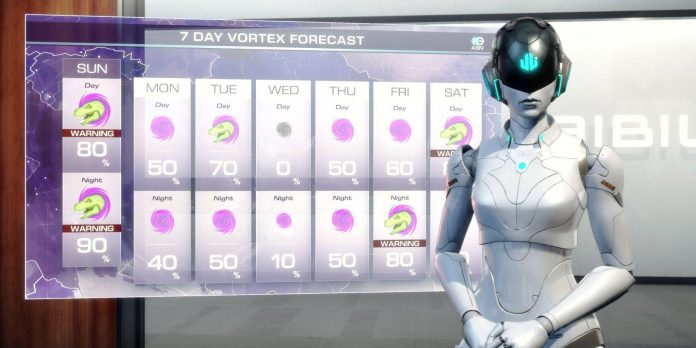 During Capcom’s recent gaming presentation in June, several games from its major franchises were presented. Among them were several games from the Resident Evil series, as well as Street Fighter 6. However, equally notable in the show was the demonstration of Exoprimal, Capcom’s upcoming co-op multiplayer game based on a completely new IP. Capcom clearly believes that Exoprimal has great potential. Perhaps unsurprisingly, Capcom wants players to try it out soon, starting with a series of closed network tests.

Closed network tests are by definition limited to a relatively small number of players with the explicit intention of testing certain technical aspects of the game, and Exoprimal is no different in this regard. Capcom fans can register for an invitation through the official Exoprimal website, although invitations will be rare. Capcom stated that these tests will be used to “improve the quality” of Exoprimal to ensure a “smooth gameplay” at launch.

This will also be the first opportunity for Capcom fans to try Exoprimal for themselves. This is an opportunity to see exactly what kind of game Capcom can offer in a genre in which it has no real experience. This is a way to see what kind of dinosaur game Exoprimal is now that it has been confirmed that it has nothing to do with Dino Crisis. (despite the fact that it revolves around dinosaur crises).

At the moment, Capcom has officially confirmed three different closed network tests for Exoprimal. All three tests will be limited to PC players. The first one is intended for the USA only/Canada and will take place in less than a month, on July 11, and will last only three hours. The second test will be available worldwide and will last for six hours on July 25. The third and final test will be launched on August 7 and will be available for 24 hours, which gives some a whole day to test Exoprimal’s online servers.

While these three tests are all that Capcom has announced at the moment, that doesn’t mean they won’t do further testing later. These tests end in August, and the launch of Exoprimal will eventually take place in 2023. Perhaps Capcom will conduct additional beta tests ahead of the launch to trigger the expectation of the game.

There is still a lot to be said about Exoprimal even before these closed network tests appear. The full amount of content available as part of the tests, or even whether the players in them will have permission to speak publicly, has yet to be confirmed. However, there are a lot of expectations for what will be one of Capcom’s biggest upcoming releases, and any opportunity to learn more about the game would be welcome.

No More Heroes 3 will show new details on April 8