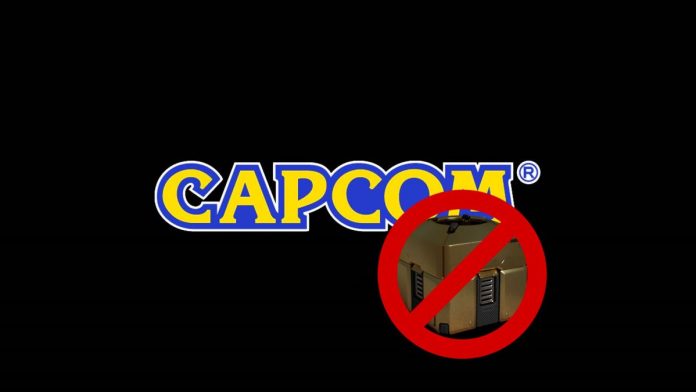 In an official statement, the Japanese company also attacks video games with gacha mechanics. Much has been said about loot boxes and their implications on the market.

The companies have found a vein to generate new income, something that has been paid in an area in which there was little control. However, different countries have begun to regulate these practices so that abuses do not occur. Not all large companies are in favor of loot boxes, at least that is what Capcom reflects in a harsh statement, where they have also criticized video games with gacha mechanics, common in mobile titles.

“In the Japanese market there have been discussions for several years about the problem of gacha, lottery-type mechanics, mainly in mobile games,” the Japanese have written. “Abroad, gacha and loot boxes have been banned in some countries,” they recall. “As creators of an entertainment culture, Capcom believes that games have to be enjoyed for their entertainment value that provides playability, not for the emotions associated with winning the lottery.” The company asserts that they do not want the opposite effect to occur as a result of excessive ingame purchases.

Capcom maintains that their intention is for gamers to enjoy their products without aggressive monetization policies, so they will be heading for a different scenario than many other companies. “For that reason, we are working so that all users can enjoy our games fairly and safely. In principle, we minimize gacha elements in the mobile games we develop; in our [desktop] titles, we provide whatever content you need to enjoy the game at no additional charge, while offering some extra content at low cost. ”

Monster Hunter Rise and Resident Evil Village are Capcom’s next big releases on the international market.