Home Entertainment Capcom Announced: Here Are The Games That Will Be Featured At E3... 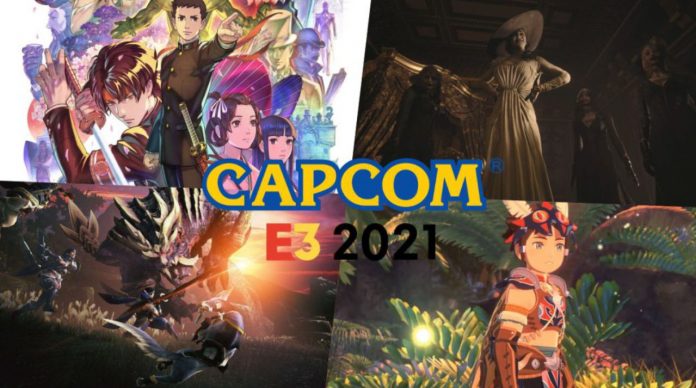 Capcom, the game company that is remembered with the Resident Evil series. Capcom has officially announced its presentation program within the scope of the E3 2021 event.

Breaths were held for the E3 2021 event, which gamers are eagerly awaiting. The event, where we expect dozens of new games and DLCs to be introduced, will be a showcase for game companies. One of these companies is undoubtedly Capcom. The company, which has made a name for itself with the Resident Evil Village it has launched in the past months, has officially announced the E3 2021 program.

Capcom plans to meet with gamers on June 14 as part of the online event due to the global pandemic. In addition to the games released this year, the company’s event program includes some games expected to be released in the coming periods.

According to the information received, Capcom program includes The Great Ace Attorney Chronicles and Monster Hunter’s Stories 2, which are expected to be released in July. After that, the company plans to provide information about Monster Hunter Rise and Resident Evil Village games.

At the same time, the Capcom new game Pragmata, which is expected to be released in 2022, will meet with gamers at E3 2021. On the other hand, the company is expected to provide important information about the VR version of Resident Evil 4.

Capcom will begin its presentation on June 14 as part of E3 2021. The event will be streamed live on E3’s official Twitch, YouTube, Facebook, and Twitter accounts. The event will be presented by broadcaster and esports host Rachel “Seltzer” Quirico.

In addition to Capcom, dozens of companies will showcase their new projects between June 12-15. We can easily say that this event will already be full for gamers.