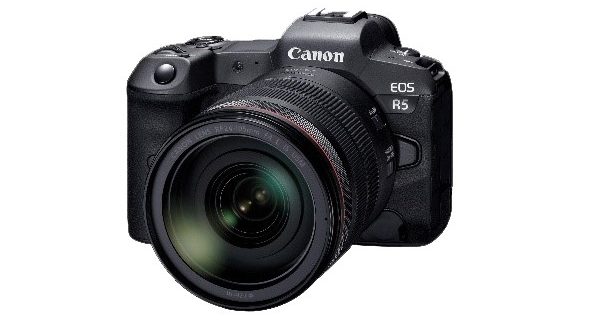 Canon’s highly anticipated new camera, Canon EOS R5, claims that it will shoot 8K video at 30 FPS have been confirmed today. Canon has announced a few more features to be found on the EOS R5 with this feature.

Canon, one of the best-known names in the photography industry, continues to add fame to the market with the revolutionary cameras it has released to date. The company managed to become the favorite of photography again with the Canon EOS-1D X Mark III, which was introduced at the CES 2020 event held in January.

Canon EOS R5 will be able to shoot 8K video at 30 FPS:
About a month ago, Canon Rumors made a striking claim about the Canon EOS R5. According to this information, Canon’s EOS R5 would be able to shoot 8K resolution video at 30 frames per second. Despite the fact that many people found this claim unrealistic, there was an improvement contrary to what everyone thinks.

According to Canon’s new statement, the Canon EOS R5 can actually shoot an 8K resolution video at 30 frames per second. Moreover, he will do this using his full sensor. In other words, while shooting 8K video, there will be no clipping in the size of the video.

Canon’s statements are not limited to this. According to the statement, the Canon EOS R5 will support the Dual Pixel CMOS AF system in all 8K modes. Thus, high quality AF tracking will be possible while using Live View mode.

Besides all these features, Canon EOS R5 will have a feature that can distinguish animals thanks to the Animal AF feature. Thanks to this feature, the machine will distinguish animals such as dogs, cats and birds from each other, and will adjust the auto focus feature according to the animal type.

We can say that this camera will be introduced very soon, with Canon sharing so much information about its new camera. However, according to the information shared by Canon Rumors, EOS R5 will be released in July this year.

A Retail Gaming Site Announces Price and Year of GTA 6

Jackson Wang’s history and his evolution

Avengers Endgame: Since when was the end of Steve Rogers planned?

Jensen Ackles will be in the third season of the series

Apple and Google unite iOS and Android to fight COVID-19