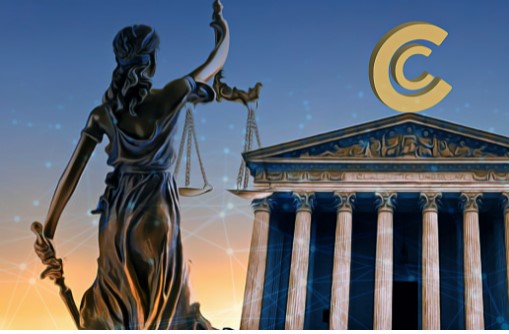 We may see more similar news as cryptocurrencies come under the influence of local regulators. Exchanges will have to comply with the local laws of the countries they serve and will have to enforce any prohibited decisions. The last example can give us some ideas for the future.

The Ontario Provincial Police and the Royal Canadian Mounted Police have requested all regulated financial companies to restrict the 34 crypto wallets that financed the protests led by truckers in the country. Working with the Canadian Financial Transactions and Reports Analysis Center (FINTRAC), federal police agencies are investigating cryptocurrency donations that support the weeks-long protest against Canada’s vaccination requirement. The protests are considered illegal under the Emergencies Act, which was initiated by Canadian Prime Minister Justin Trudeau for the first time since the law was passed in 1988.

Truck drivers began protesting in late January against international travel restrictions by the Canadian government that required all persons entering the country to be vaccinated against COVID-19. Truckers blocked international bridges and border crossings in many Canadian provinces.

We have seen recently that popular names such as Elon Musk also supported this struggle. Donors have sent more than 20 BTC worth over $870,000 (1.1 million CAD) to addresses. Donors have turned to cryptocurrencies following the suspension of the GoFundMe account, which had previously received more than $9 million. The banned list includes addresses for Bitcoin, Ethereum, Litecoin, Monero and Cardano.

The Emergency Situations Act was adjusted to target protesters’ funding. Speaking with Trudeau, Deputy Prime Minister Chrystia Freeland said banks can immediately freeze or suspend bank accounts linked to truckers without a court order and without fear of legal liability.

What about decentralized wallets? Of course they can’t prevent them, and the protesters’ next move could be to switch to these decentralized wallets. If these are also blocked, they can get a mixer service and delete the source of the money and the history of the original wallets. Is it possible to block decentralized wallets in possible scenario? Of course it is possible, but the way to overcome this is through OTC tables and physical corruption. So there is no technology that restricts the global circulation of cryptocurrencies, and it probably won’t be anymore.