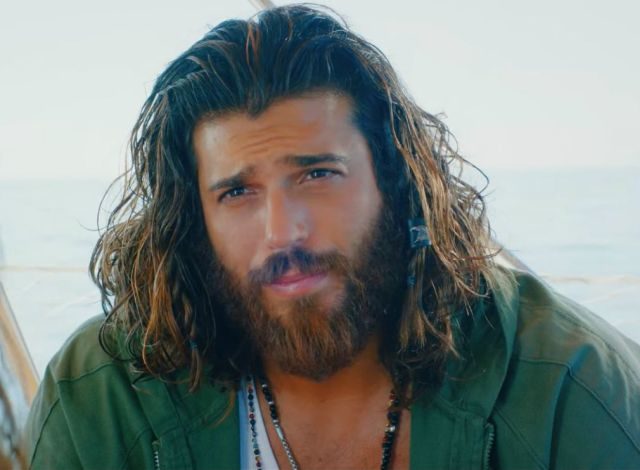 On November 1, some Can Yaman fans approached the Madrid airport in hopes of seeing the Turkish actor land. But they were very disappointed and he himself had to ask for calm on the networks and make it clear that they did not have to rely on all the information, especially when they were not confirmed.

On this occasion, it has been different. He himself had confirmed that he was coming to Spain on November 24 and has complied. He has posted a video of his arrival in Madrid where a mass of followers was waiting to welcome him.

The actor usually likes to take that mass bath and say hello, talk and take pictures with everyone who devotes so much attention, but to avoid any possible altercation, the truth is that he could not devote all the time he would have liked.

“Thank you very much Madrid, this is really crazy, a large crowd at the airport. The police had a very bad time, they got very nervous trying to help me, otherwise I would have hugged them all, I’m sorry for their interruption, ”he explained as justification for the short time he spent with them.

Although there are others who believe that his fleeting stop with fans at the airport was due to the treatment he received. People pulling his hair, his clothes … disproportionate reactions that made him run away, as some account in networks.

Now a few days await him in Madrid where he has his first visit to Mediaset where he will record his appearance in See You Again, the Carlos Sobera program. So, prepare the security team because these images make it clear that Yaman’s passage through Spain will be surrounded by crazy fans wishing to spend some time with him.

You just have to see what happened last night, upon arrival, at the door of your hotel. Masses of fans waiting and shouting. He published an apology in his stories. “I’m sorry, everyone who waits for me in front of my hotel for hours to see me. It was a really tiring journey for me and I needed a good night’s sleep. I hope to see you tomorrow,” he wrote.

Given that it is his first visit to our country since the phenomenon of Turkish novels and the issuance of Erkenci Kus and Dolunay in our country, there is a great desire to see him in person.

Divinity has already signed the rights to bring another two of the series in which we can see him, one of them, again with Demet Özdemir, the actress who played Sanem in Dreamy Bird.

Justin Bieber and Hailey Baldwin together for Thanksgiving? We know more!

THE BEST MOMENTS OF BTS IN THE GRAMMY 2020