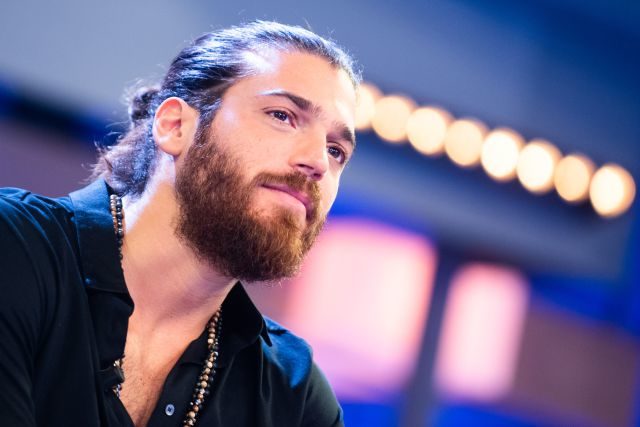 After much speculation, Can Yaman has finally come to Spain and although he has done so fleetingly and full of commitments, the truth is that he has had time to chat for a while with the press. He has done so in Turkish so it has been necessary to use a translator to act as an intermediary.

He has talked about his time in our country and the desire to have more time to enjoy it, his meeting with Javier Bardem or his next projects, but he has also talked about Cepeda, the triumph that last August already declared himself a fan of the actor . Now, the singer has closely followed the visit of the Turk and, among other things, has commented on twitter “I’m going to leave a wig like Can Yaman” or “I’m saving to buy another trench coat for Can Yaman.”

The fact is that at the press conference they have asked him if he has considered accepting Cepeda’s invitation to go to his concert. The actor has asked, “today?” … and laughing he has had to say no but giving an explanation. “If you had told me before, I would surely have gone, but I just found out. At 6 I have a plane to Turkey, ”he said.

With this he has made two things clear. One, that nobody had told him about Cepeda and didn’t know who he was talking about. And two, that this afternoon the airport is going to collapse again with fans wishing to say goodbye to him and asking him to return soon.

Cepeda has been aware of the minute of glory that Can Yaman has given him and shared it on his social networks by pulling sarcasm, as he usually does: “Can has dedicated me 1 minute of his life, I can die in peace.”

Since he was coming to our country, and we are a music medium that has been present at that press conference, we have not been able to avoid asking him about his personal tastes in this subject. The series in which he participates usually sound like a soundtrack music of his country and we were interested to know if it was the one he used to listen to or had more international tastes.

“The music that is broadcast in the series is usually original and I like that a lot.”, He admitted although he has clarified that “I really like the Turkish pop of the 90s. The rap is also very high and I am listening to it a lot lately. But I don’t limit myself to one genre, internationally I listen to a lot of variety, I don’t limit genres and languages. I also like electronic music in which there is no lyrics, especially deep house ”.

So, fans, if you plan to conquer this beautiful girl with music, you already know where you can throw. We will see if in future visits we can talk longer and more with him about his most personal tastes.