Home Science How can you watch SpaceX Starlink satellites? 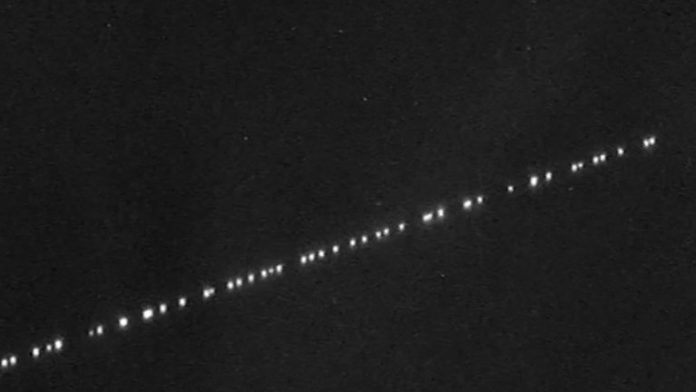 A special website has been developed for Starlink satellites, which SpaceX sent to space for high speed internet. Thanks to the said website, it is possible to follow the line created by the Starlink satellites one after the other with the naked eye. We told you what you need to do step by step.

SpaceX, which was established in 2002 and continues its studies on space transportation, has carried out very important projects since its establishment. One of these projects was the global internet project via satellite called “Starlink”. Satellites orbiting under the Starlink project, which has been spoken louder for some time, continue to tour around our planet.

Starlink satellites are in a lower orbit than large satellites that serve different purposes. Therefore. some people say they see interesting things in the sky and they are UFOs. However, these objects moving in the air one after the other are actually satellites launched under the Starlink project. SpaceX has developed a satellite constellation for this project, and these small satellites are working with stations on Earth.

A website that we will talk about now will end all these discussions. Because you can easily follow where Starlink satellites pass by using this website.

How can you track Starlink satellites in real time?
Go to the relevant website from here,
Wait for it to load,
Your location will be detected automatically and the days and times when the satellites will appear will be on the left,
You can see Starlink applications in a line by looking at the sky at this time and date.
If you wish, you can see the satellites through Google Street View by clicking the Open Street View button on the right.

According to NASA, Our Houses on the Moon and Mars Can...