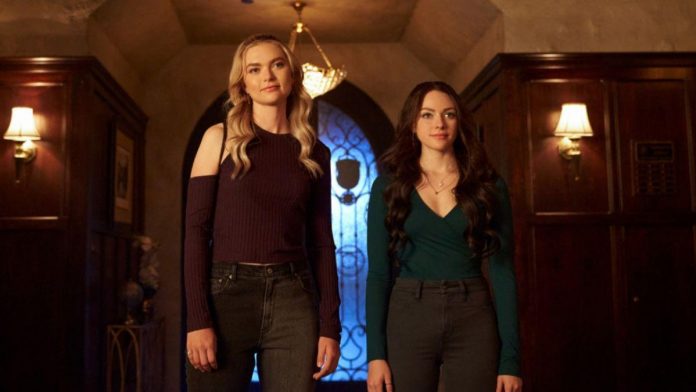 Spoilers ahead for the finale of the series “Legacy”: “Just don’t be a stranger, okay?” Read at your own risk!

The Legacy series finale aired last week, marking the end of an era that began with The Vampire Diaries in 2009. Many fans are undoubtedly saddened by this recent event. However, one has to wonder if there is an opportunity to return to Mystic Falls sometime in the future. Well, creator Julie Plec is now talking about the future of the TVD universe.

In the true spirit of The Vampire Diaries, nothing stays dead for long, as Julie Plec now reveals what she has in store. Plec told TVLine that while the latest spin-off gives a sense of completion, it can be used to further expand the franchise. She explained:

It’s the end of one chapter, but we can use it to start another chapter, which is ultimately what we want to do when all is said and done.

During the last TV season, there were several shows on the CW channel, the finals of which de facto ended due to cancellation. In the case of “Legacy,” the show definitely closed some doors, but also opened some of them. Alaric decided to leave the Salvatore School, but his place was to be taken by none other than Caroline Forbes from The Vampire Diaries, played again by Candice King. The unexpected development of events will surely make fans think about what could have happened in the theoretical fifth season.

Despite the fact that “Legacy” has just ended, Julie Plec definitely has ideas for a fourth show in the TVD universe. However, it may be a little far away, as she explained:

There is absolute hope for the future. Brett [Matthews] and Kevin [Williamson] and I have an idea seeping into our heads that we just haven’t had time to put on the page yet. But we definitely want to make another branch of the tree. It’s just a matter of time, I think.

It’s hard to say what the fourth series of this franchise will be about, but as a fan, I’d be curious to see what the producer and her colleagues will come up with. She has created a very rich world full of storytelling possibilities. She could make a series of sequels continuing what fans have already seen, or create a prequel dedicated to some supernatural beings. I’m sure the team will come up with something fresh, especially since the creator of the franchise believes that something like the OG series cannot be done today.

It’s hard to say whether Julie Plec was able to convince any of the veterans of the series to return for a new production. Some stars of the TV series “Ancient” and “Primordial” refused to return to “Legacy”, so there is a possibility that they will also not want to participate in any future show. Regardless, Joseph Morgan did return for the finale of the show’s last episode, so we always have room for hope, right?

Although it may be quite a while before the release of the new series of the Vampire Diaries franchise, Julie Plec is still busy. She has several new shows that are currently in development, and some even remain in the vampire genre. These will certainly be series that you won’t want to miss, and they will probably resemble Plec’s past works. However, I will definitely keep an eye out for news about the future of the DV world.

Those who need something to occupy themselves before the release of the new spin-off of The Vampire Diaries (hopefully) can watch TV shows and movies that are broadcast if you like fanged creatures. And check out CinemaBlend’s TV program for 2022 to find out what else you can expect for the rest of the year.

Activision Blizzard Warns: They Can Sink In The Stock Market If...