Home Entertainment Can the return of Brian Danielson attract the attention of AEW Dynamite? 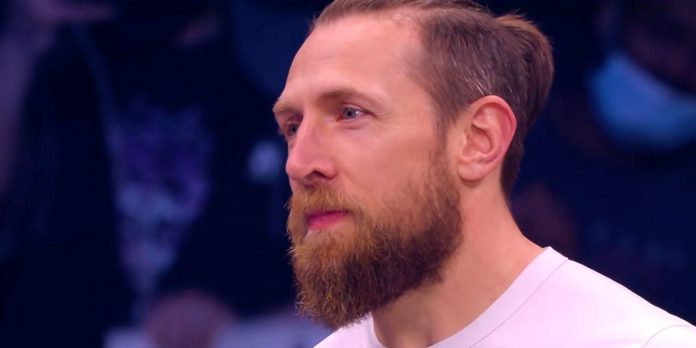 Brian Danielson announced his return to work at AEW at Comic Con in San Diego, and if it doesn’t bring fans to Wednesday Night Dynamite en masse, it’s hard to imagine it happening. All Elite was also looking forward to Danielson’s return to the ring during the ROH Death Before Dishonor pay-per-view. The company will have two days to create a buzz on social media about his match with Daniel Garcia, which means that the July 27 episode of Dynamite should be a high-rated show.

The American Dragon has been out of action since May 29. It is unclear exactly when he was injured, but it is likely that it happened during a chaotic and tough Anarchy In The Arena match. AEW’s point is that Garcia injured Brian during this fight, so they are both set to fight on Dynamite. There is no denying that Danielson is a real wrestling star, but how far he moves the ratings arrow will become clear on Thursday, as soon as these figures are made public.

Related: 5 WWE Superstars Who Can Now Be Pushed When McMahon Is Gone

It’s hard to find wrestlers who can inspire thousands of people to sit down and watch a television program. WWE has invested endless energy and money in trying to make Roman Reines a better player, and even he does not bring huge ratings when he is shown on television. This is not a blow to the tribal leader at all. There are very few megastars left in the wrestling business. Again, there’s no denying that Danielson is a fantastic performer and a star, but AEW will know how big a draw he can become after Dynamite. In general, this is a star card worthy of pay-per-view, but Danielson’s return match will be what fans who have fallen into apathy are tuning in to.

Tony Khan has spoken several times about what the addition of stars like Danielson and SM Punk means for AEW numbers. Pay—per—view continues to rise, but weekly TV programs-Dynamite and Friday Night Rampage-seem to have stalled in terms of growth. Fans have more ways to tune into wrestling shows than ever before, but ratings are still important to advertisers and TV executives. If Danielson can announce his return to AEW and attract a significant amount of attention to the product, it will be a great sign that he is still a true professional.

Of course, this is a lot of pressure on one performer. No man or woman is promoting wrestling these days, but figuring out who is actually capable of drawing will be a huge aspect of AEW’s continued growth. Tony Khan, as before, keeps track of statistics and data, so fans should know that he will closely monitor the numbers when Danielson returns to the wrestling ring.

7 tips for novice assistants in the morgue