Home Entertainment Can the Japanese cast save the movie “The Ghost of Tsushima”? 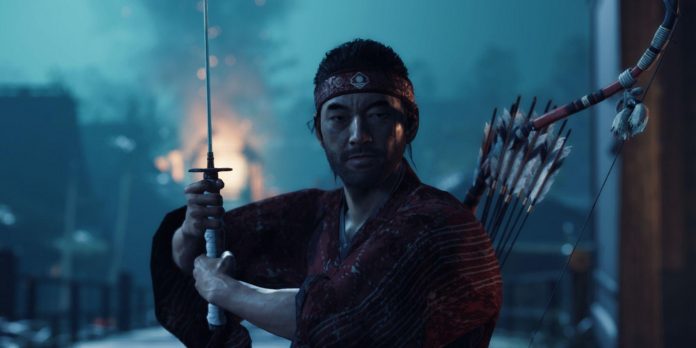 Movies about video games are fighting an uphill battle, often lacking the most basic ideas needed to move from the console to the big screen. Sometimes, with a little basic logic, a video game adaptation can find a reason to exist in addition to the traditional source material.

Sony has a number of movie adaptations and TV shows of its big “AAA” games either recently released or being prepared for release in the near future. From Tomb Raider to Uncharted and The Last of Us, many of these famous games are coming out, whether fans like it or not.

One of the big unavoidable problems with video game movies is that most major video games draw a lot of inspiration from existing movies. Often the highest rating of games from the most ardent fans includes comparisons with popular movies. People who love games like A Way Out were more than happy to call it a game version of “Shawshank Escape.” Uncharted and Lara Croft: Tomb Raider draw positive and negative comparisons with Indiana Jones. For its part, “The Ghost of Tsushima” seemed to use every opportunity to collect comparisons with classic samurai cinema, especially with the works of Akira Kurosawa. When adapting these games to the movie, all interactivity is removed. It turns a classic hit movie that fans can play into a movie that borrows everything that makes it special from existing movies. Without a new way of perceiving the material, the entire adaptation becomes an ordinary film that does not stand out in its genre. But if the genre is lacking, perhaps following conventions will help the project.

“The Ghost of Tsushima” is coming to the big screens thanks to the director of “John Wick” Chad Stahelski. Given the most positive prognosis, one would expect that this combination would lead to the creation of a typical modern samurai film, borrowing all its tricks from Kurosawa. It will have decent action movies, a boring script and a few meager references to video games. Most likely, it will soon disappear from the public consciousness, but it will be moderately funny while it lasts. However, Stahelski’s idea of making the film a little more relevant is a basic solution that can justify its existence. The director has publicly stated that he would like to make a film with fully Japanese actors and write a script in Japanese with subtitles for an international audience.

Since the film is based on a semi-historical story about samurai, everything except the Japanese cast would be an unacceptable whitewash in the style of “The Last Samurai”. In fact, given the circumstances, the adaptation could retain most of the existing composition and satisfy this requirement, as well as make a choice in favor of a solid composition. However, making a default movie in Japanese is a radical choice. Most films made by Americans in America are, needless to say, in English, regardless of where they take place. The only announced members of the film crew at the moment are American director Stahelski and Atlanta screenwriter Takashi Dosher. Shooting the entire film in Japanese is a bold move aimed at pushing the film in a more cultural direction. It also brings the film a little closer in presentation to the obvious series of films from which he intends to borrow.

In the world of blockbusters, a film with influence written on its cover is not necessarily something bad. Akira Kurosawa created many of the best films ever made and defined the genre, but after his death there are not many films left trying to recapture that magic. No, the man who shot “John Wick” probably isn’t going to create the next “Bloody Throne,” but his unique vision may lead him to create something special inspired by similar works. There are many films inspired by Kurosawa’s work, and the Star Wars franchise is still proud to present the director’s work. Although his influence is everywhere, there are not many directors or film projects who boldly try to reproduce the film that Kurosawa codified and popularized.

Ghost of Tsushima is a fun and well—received game that doesn’t really need a movie adaptation. The plot does not benefit from the removal of interactivity, the game does not weaken the impact of the narrative. Adapting the game to the big screen doesn’t do much without the creative approach of the team involved. Most fans aren’t really interested in seeing the same story they’ve seen before, but with the appropriate level of commitment, they might enjoy watching Chad Stahelski fight Akira Kurosawa.

Decades of cinematic development and one of the most interesting action directors in the business could give something new to the genre’s corporate identity, and the classics won’t go anywhere. Mixing good ideas together is the best most fans can hope for when it comes to new ideas in cinematic storytelling. There is no good reason to make “The Ghost of Tsushima” a movie, but the title may serve as a necessary cover to convince studios to give the green light to something interesting.