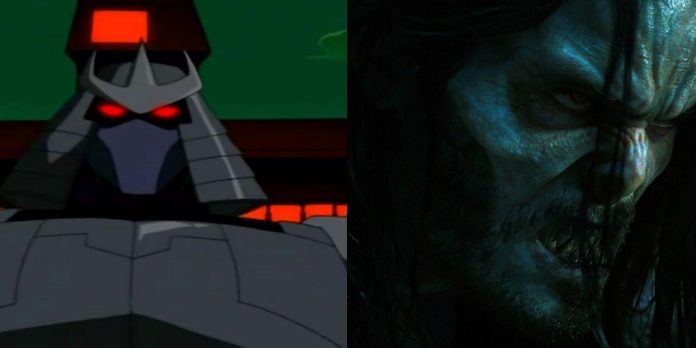 As the cinematic universe concept continues to gain popularity, new entrants will try to break into an already crowded market. Every big name from the 20s to the 90s seems ready to release an ever-expanding film franchise, but not every attempt can hope for success.

The Teenage Mutant Ninja Turtles brand is conveniently represented on all major media platforms, from cartoons to comics, video games and so on. Their appearance on the big screen has been somewhat limited lately due to some controversial recent work. However, turtle fans shouldn’t wait too long because Paramount is preparing to release a ton of new features.

Of the TMNT projects currently in the works, a big name is the upcoming animated film by Seth Rogen and Evan Goldberg “Teenage Mutant Ninja Turtles: Mutant Mayhem”! This movie is scheduled for next August, but it’s far from the only movie of its kind. Paramount is trying to rebuild the brand after the difficult legacy of Michael Bay, who worked on the franchise. Bay and most of the movie stars have signed a contract for the trilogy, but the third part is not expected. Instead, Paramount is planning a reboot of The Turtles’ live performances, announcing last year that SNL comedian Colin Jost and his brother Casey have signed on to write the script. In addition, Paramount has also stated that they will be shooting a series of solo films for some of their most popular villains. Apart from this, almost nothing is known, but it raises some interesting questions.

Those who follow genre films will recognize a similar strategy that is currently killing Sony’s Spider-Man universe, sometimes known as SSU. After the moderate financial success of Venom, a film that fans have been demanding for decades, the SBU made a number of strange decisions. His main achievement was Morbius, which had disappointing sales and terrible reviews. The overwhelming culture of memes rallying around the ridicule of the film forced Sony to blindly re-release the film, creating one of the funniest moments of corporate myopia in modern history. Add to this the poor reception of the Venom sequel and low hope for their upcoming sequels, and things look bleak for SSU. Most fans don’t seem to be interested in the ongoing attempts to turn Spider-Man’s rogue gallery into antiheroes, but do Ninja Turtles have a set of antagonists who make money from their solo projects?

There is one villain that everyone associates with turtles, and he is also the only one who is guaranteed to get on the screen if Paramount starts using villains. Shredder is a TMNT villain with the most interesting backstory, the most recognizable name and the most general fan goodwill. The story of Oroku Saki, a ninja who grew up in intense rivalry with a fellow warrior and eventually turned into a vicious criminal life, could be an excellent independent film. Most cartoons and comics took some time to portray the old rivalry between the people who would become Shredder and Splinter, so a full film adaptation of this story would be reliable. Anyone can see the merits of this narrative, but are there any other villains worthy of a feature film?

Most of the Ninja Turtles antagonists are either mutated animals or strange otherworldly forces. A creature like Krang probably can’t convey the full picture, given his presence as an all-encompassing villain. In the morning and his robot body, most likely, will not work outside the role of the antagonist of turtles. Many villains lack the depth to convey the full picture. Someone like Wingnut, Leatherhead or Armaggon will need to rewrite the first page to justify a 90-minute story. Some turtle villains lack any consistency, so most of their character has to be determined every time. The Rat King, for example, appeared in most iterations of the Ninja Turtles story, but almost every time he was different. The ancient version of IDW comics about the god of chaos could carry an interesting story, but the typical homeless Pied Piper may have difficulties. The problem that TMNT will face is comparable to the one that slowly suffocates the SSU.

If the filmmakers hired TMNT to handle these theoretical villain films, they should find what fans love about the characters they work with and bring it to the screen. It’s a trick that James Gunn seems to have mastered, falling in love with characters who have almost no source material and sharing that feeling with the world. Sony continues to try to get away from name recognition, but at the same time uses only the smallest names to minimize the risk. If Paramount intends to extract something worthwhile from its characters, their creators will have to overcome a complex format. Sony has provided a series of useful lessons on how to avoid mistakes, but solo films about teenage mutant ninja turtles still have an uphill battle ahead.