Home News Can someone who buys a quantum computer steal bitcoin?

For many years, the possibility that the security of cryptocurrencies will be broken with quantum computing has taken hold of debates among experts. Despite this, professionals and at least one company say that this possibility does not exist.

While traditional computers operate with “bits”, which encode 0 or 1, quantum computers use “qubits”, which can be either 0 or 1 at the same time. Called “superposition”, this phenomenon allows a large number of calculations to be made simultaneously.

The issue surfaced this week after IBM announced the installation of the first quantum computer outside the company’s labs. The client, in this case, was the Cleveland Clinic, an enterprise located in the city of the same name. With the machine in hand, could the clinic mine bitcoins? In truth no.

The machine acquired by the enterprise has much less than 1 thousand processing qubits, and to break a bitcoin code it would take about 4 thousand qubits, according to estimates.

And even for the future, we shouldn’t be so worried. At least that’s what blockchain expert Roger Huang says. In an article published at the end of last year at Forbes, the technician says that the so-called “quantum supremacy” is greatly overrated by people.

He said that quantum computers today are not so much better than “ordinary” computers and most of the tasks they perform amazingly are “trivial”.

The expert argued that, for the danger to exist, the development of the machines would have to be towards tasks that can “materially affect cryptocurrencies and cryptography so that quantum supremacy is important”.

About this, he admitted that the use of the Shor Algorithm, which can factor prime numbers at an incredible speed, which ordinary computers cannot, can even be a problem. The concept can be used to break encryption. However, there are already counterpoints for this.

“The National Institute of Standards and Technology (NIST) in the United States has already started putting together proposals for post-quantum cryptography, which would work and not be broken even with quantum computers much larger than the ones we are currently able to build,” he explained .

Huang added that even assuming that there is a powerful machine, which should only occur 20 years from now according to NIST, potential fraudsters would have to find people’s public keys and leave them subject to attacks.

The most optimistic view on this scenario is also shared by LocalBitcoins, a kind of cryptocurrency exchange. Also at the end of last year, the company issued a statement saying that digital currencies have improved over time and will continue on that path for years to come.

Despite confessing to be concerned, the store says that several factors generate tranquility and point to a future in which cryptography will be resistant to quantum computing. “When the quantum threat becomes more imminent, cryptography will have shifted to more quantum-proof algorithms,” said the company.

In the specific case of bitcoin, the brand recalled that the ECDSA (Elliptic Curve Digital Signature Algorithm) algorithm is most at risk. It is used to generate the public or private keys that securely sign transactions.

“Today’s quantum computers only exist in laboratories and will have a long way to threaten cryptocurrencies”, he tried to reassure enthusiasts of LocalBitcoins. 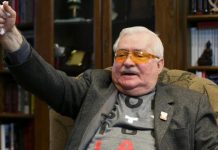 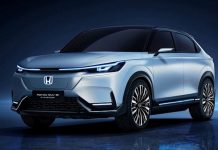 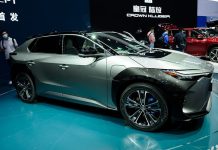