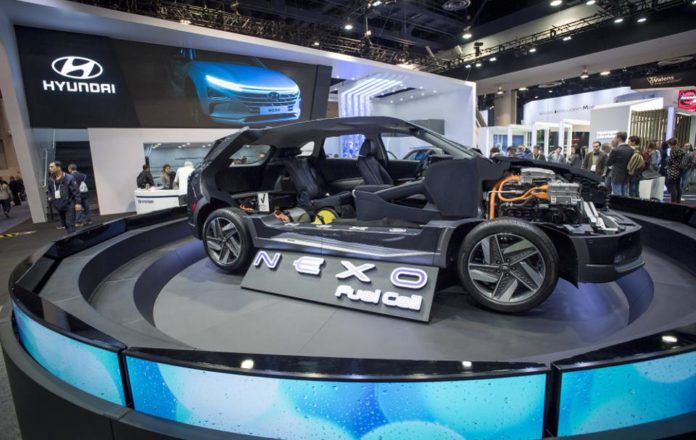 It is stated that this victory can be short-term, and the throne of battery-powered electric cars can be shaken by hydrogen fuel cells in the long term. Some fuel cell technology enthusiasts think that the fuel cell will prevail against the battery, especially considering its almost unlimited green energy capacity and the environmentally friendly transportation power of hydrogen fuel cells.

There are also question marks about the environmental effects of the energy obtained from the battery. It is known that extraction of cobalt, lithium, nickel and copper, which are used in battery production, creates problems in terms of both environmental and worker rights. In addition, recycling is a process that causes carbon dioxide. Especially heavy electric vehicles are said to emit more health-threatening rubber particles into the environment.

Those skeptical of hydrogen fuel cells note that conventional production of hydrogen causes carbon dioxide as much as fuel cells save carbon dioxide, and besides, the renewable capacity of wind, solar and hydro-electricity is not affordable. Even with all this, it is argued that their distribution and storage costs will be too high. If they are more aggressive skeptics like Elon Musk, they completely reject hydrogen fuel cells by commenting on the subject as ‘stupid cell, not fuel cell’.

However, manufacturers continue to invest in this technology. For example, Mercedes’ parent company and truck manufacturer Daimler has signed an agreement with Volvo Trucks and decided to share the development, production and sales costs of heavy-duty vehicles to be produced with fuel cell technology. It is aimed to launch such vehicles after 2025. However, Daimler has also announced that it has halted its fuel cell car development plans for a while.

There are advantages and disadvantages

So, what are the advantages of hydrogen fuel cells over the batteries?

According to Arval, which belongs to the French bank BNP Paribas Group, these advantages can be listed as follows:

Refueling much faster than charging an electric vehicle (like gasoline vehicles, from 3 to 5 minutes)
No harmful swings, only water
300 miles (about 480 km) range
Height at efficiency level
On the other hand, the disadvantages are:

Refueling stations are rare
Although the cost of fueling hydrogen can be similar to conventional fuels, it is not cheap to develop this technology, to store hydrogen or to distribute it.

If electricity is not renewable, there is no carbon dioxide gain.

On the other hand, it can be possible to hold and release high amounts of hydrogen at low pressures and low costs by a method called ‘bath sponge’. Despite this, BMW does not hide that it sees hydrogen fuel cell cars as the fourth option after gasoline, diesel and battery electric vehicles. BMW states that in order for this technology to be widely used, competitive prices in green energy must first occur.

According to Bloomberg, for such an investment, states need to provide 150 billion dollars of funding for 10 years, and it is clear that this type of support cannot be relied on for now, given the coronavirus outbreak.

Smartphones: how to fight addiction to phones?

Path of Exile: check out the main news from Atlas Echoes