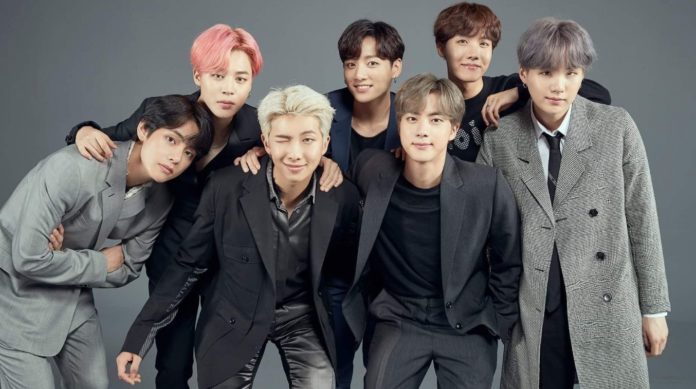 What can we expect from BTS in Carpool Karaoke with James Corden. These are some things that might surprise us during the program.

The boys of BTS will be next February 25 in the program The Late Late Show with James Corden and this promises to be an episode full of fun and new experiences for the boys.

Although the group has already performed several times in this talk show , there is an activity that their fans have expected to see and has not yet been possible. But their requests were heard and finally Jin, Suga, J-Hope, RM, Jimin, V and Jungkook will be part of a Carpool Karaoke .

This dynamic has become popular after the appearance of different celebrities who have had a memorable performance and we are sure that BTS will be able to show its charming side during this stage.

Due to exciting waiting for the appearance of the boys in The Late Late Show , we are anticipating everything we could see during the game, here we leave you a list of possibilities , theories and rumors , what do you imagine could happen?

JAMES SINGING IN KOREAN
James generally joins guest artists in their performances while listening to their most popular songs . BTS songs only include some phrases in English so if Corden wants to join the vocal or rap lines he will have to do it in Korean , do you think he is encouraged?

THAT THE BOYS MAKE A COVER
Another possibility is that James invites them to cover a fashion song in English, that way it would be easier for him to join the interpretation and also mention some of the artists of which the boys are fans.

See Also
BTS reveals the 'Map of the soul 7' tracklist

JAMES AS AN IDOL
James Corden’s sense of humor is unique, not long ago he was characterized as one of the Jonas Brothers to recreate one of his hits. Maybe this time we will see it with dyed hair and colorful clothes to join the BTS style .

BTS SINGING SERENDIPITY
Previously, James Corden had exterminated his wishes to have the group as a guest on his show, so that they could sing Serendipity . This could be the occasion when that dream comes true.

SURPRISE FANS ON THE STREETS
During the activities outside of The Late Late Show , some people can see the invited celebrities while doing some game or sketch, they may or may not know them, but maybe we could see some lucky ARMY who has managed to see them while recording.

Why did Netflix want to rename the show?

Jessica Thivenin at the bottom of the tree with Maylone!