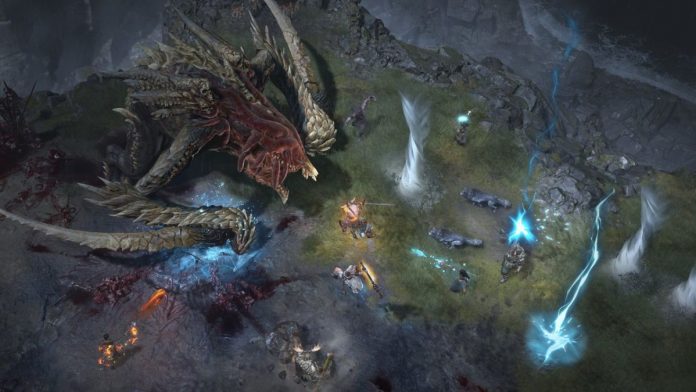 The developers assure that the new installment will offer a more meaningful exploration and our actions will have clearer effects.

Blizzard continues to advance details about one of its most anticipated projects, Diablo IV. A new trailer, unveiled at BlizzCon, gave us a closer look at one of the classes, the Rogues, but the developers have also shared a lengthy video covering things like the open world, mounts, camps, and multiplayer.

Upon its arrival in 1996, the first Diablo made history thanks to its ghoulish setting, its addictive looping loop, and increasing dangers as we descended lower and lower to end the evil that lay in the depths. It was an iconic action RPG of its time, although it was overshadowed when its own sequel decided to broaden the horizons and change the pure dungeon for a larger world. Naturally, the dungeon crawler side was still essential, but the series found a new balance between combat and Sanctuary exploration that has since defined the essence of Diablo. One that Diablo IV now wants to take to the next level.

According to its creators, the new installment will embrace and enhance the concept of the open world much more, with larger and more varied ecosystems naturally connected, more possibilities in movement to favor more vertical scenarios – with even slight touches of platforming – and also a design suitable for riding enjoyment, a look that will open up a whole new underworld of customization through mounts.

A key aspect to populating the surface is the presence of enemy camps, although these will not be generated procedurally, but will be designed by hand with their own stories and conditions. Unlike missions, these forts will be permanent and releasing them will have a visible impact on the world, which will gradually repopulate with characters and merchants to offer new missions and content.

Platoon 3 players are already calling for weapons to be removed

Doctor Strange In The Multiverse Of Madness Leaves Us Stunned: New...