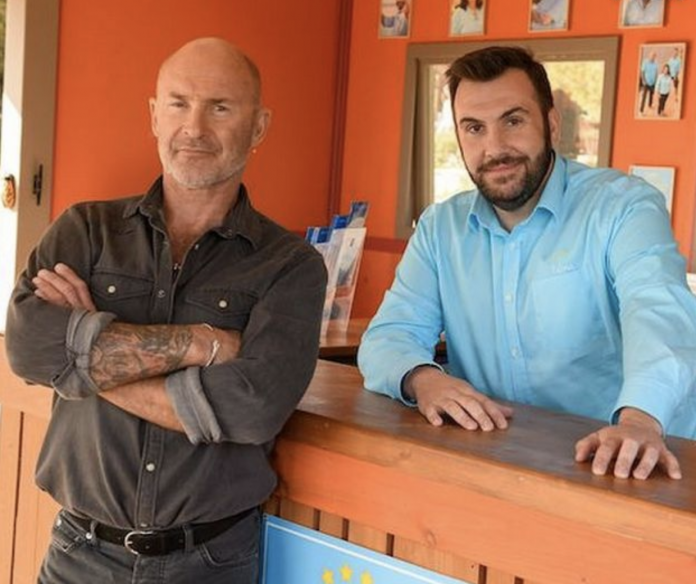 Vincent Lagaf News: This Monday, August 30, 2021, Camping Paradis will welcome a new distinguished guest: Vincent Lagaf, who will take advantage of this unprecedented episode to play Jo, a friend of Tom’s. A very special role for the former host of the Juste Prix who should have been the star of this series in the 2000s instead of Laurent Ournac.

While new farmers will be looking for a soul mate in L’Amour est dans le pré on M6, Vincent Lagaf will try to spend a quiet holiday in Camping Paradis this Monday, August 30, 2021 on TF1. Indeed, the former star host of the channel will take advantage of a new episode of the series to slip into the skin of Jo, a friend of Tom and the director of the traditional circus Narboni.

A return to the screen eagerly awaited by viewers and a role that today makes the main interested party happy. In an interview with Télé-Poche, Vincent Lagaf made no secret of having some high ambitions through this opportunity, “I’m waiting for it to give me other opportunities to act. I’m doing it now. on tour with the piece Pair and Missing “.

He actually recalled it, it’s been a while since the ex-host of Bigdil and Fair Price dream of fictional projects, “In the days of my glory in access prime time, I expressed to TF1 the desire to make fiction “. And if his test with the television film Cher tight, broadcast in 2012 was not conclusive at the time, he hopes that things will evolve positively this time, “If TF1 wants to give me the reins of a series, why not .. . But above all I do not want to disappoint the public “. Suffice to say that the hearings and returns will be scrupulously analyzed tomorrow morning.

The actor should have had the role of Laurent Ournac

For the anecdote, the arrival of Vincent Lagaf in the casting of Camping Paradis could have been done much earlier. To tell the truth, the cult TF1 series could have been launched with him. “People have forgotten it, but at the beginning, this series was written for me, revealed the actor to Télé 7 Jours. I had to do it, and then there was a scramble, and it is Laurent Ournac who got the role “.

However, rest assured, there is now no jealousy or tension between the two stars. Vincent Lagaf quickly clarified, he is on the contrary the first fan of the interpreter of Tom, “I find him very nice and I wanted to get to know him. This is the first reason [for his coming to the series]”.

Super Aya Nakamura in her sublime bodycon dress on!

Kim Kardashian takes another step in her divorce!