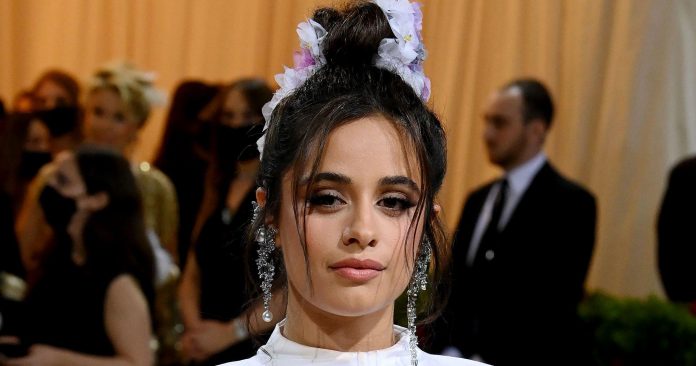 Enjoying the sun! Camila Cabello spends time with Austin Kevich after she broke up with Shawn Mendes at the end of last year.

Cabello, 25, and Kiewicz, 31, could be seen getting cozy while walking around Los Angeles, California, in photos and videos obtained by the Daily Mail on Monday, August 8. The former Fifth Harmony member donned a blue maxi dress and sandals, while the Lox Club founder wore green shorts and a white T-shirt with matching sneakers.

Speculation that the two were a couple first surfaced in June when they were spotted together on the town in Los Angeles, California, smiling and looking into each other’s eyes. However, the duo has yet to confirm a possible romance.

The meeting took place less than a year after her breakup with 24-year-old Mendes, whom she dated for two years before announcing the separation in November 2021. At the time, the former couple revealed the breakup in a joint statement on Instagram.

“Hi guys, we have decided to end our romantic relationship, but our love for each other as people is stronger than ever,” the couple wrote on Instagram. “We started our relationship as best friends and will continue to be best friends. We really appreciate your support from the very beginning and in the future.”

In March, Cabello spoke about the reasons for the breakup during an interview with Zane Lowe for Apple Music.

“Priorities change with age,” explained the Havana singer. “And I feel like that was the case for both of us. Since we both started very early too, it seems like we’re really learning to be healthy adults.”

The Cinderella star added: “My priorities have fluctuated and my focus has changed throughout my life. The years that we’ve been dating… even when I was writing this album and even now, I think I’m really focused on, “How can I be a well-rounded person?”

The native of Cuba, who was promoting her latest single “Bam Bam” at the time, explained that the track is about how “everything changes and everything takes unexpected turns” in life. “I love Sean and I feel like there is literally nothing but love for him,” she added during her Apple Music interview. “And this song is basically like, ‘OK, how do I write a song that shows the cycles of love and life?’

Despite the fact that their paths diverged, the duo were spotted together with their dog Tarzan, and in January they were seen walking with their golden retriever in Miami.

Everything Camila Cabello and Shawn Mendes told about their breakup

That same month, Cabello shared her support for the singer’s new music, “Nervous,” when she commented on his Instagram video, writing: “Hooray crazy wildcat”, referring to High School Musical.

Mendes, for his part, mentioned Cabello in March via a clip on social media from his studio sessions. “A lot of things that [that] also resonate in the lyrics for me are like, ‘Oh, my gosh,’ you don’t understand… When, for example, you break up with someone and think it’s right. You don’t understand all the shit that will follow,” he explained. “I’m really on my own, and I hate it, you know? This is my reality.”

Halo Infinite: Finish the Game On The Hardest Mode Without Taking...