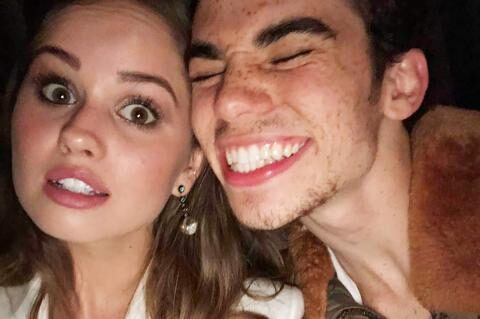 Almost a year after his death, Cameron Boyce continues to be very present in the lives of his friends and colleagues on the Disney Channel, some of whom have shared memories with the actor.

Debby Ryan, who was her babysitter on the series “Jessie,” recently surprised the world with her wedding photos alongside Josh Dun, drummer for Twenty One Pilots. The ceremony was held in late 2019, the actress confessed that she advanced her plans due to the absence of Cameron.

According to an interview for Vogue magazine, Debby explained that when Cameron passed away, his life outlook totally changed, he also shared that he was excited for her to marry her partner.

Debby organized an express wedding, since it did not take more than a month, the actress confessed that she did it that way because she realized that sadly no one is assured tomorrow and that suddenly waiting no longer made sense, because it did not have to be the right time to do it. Apparently, her desire to be happy was inspired by Cameron.

The two shared a great friendship during the filming of Jessie. Some fans were touched by Debby’s story, as he was no longer able to accompany them in that important moment, although she believed that she would always be there to share the future together.

This ripped me up. I keep trying and I can’t make anything make sense. He was blameless, and relentlessly joyful; he was good. Through and through, Cam is good, in all ways and to all people. And the most alive. It’s wrong. I am so confused and devastated and angry. But that isn’t very Cam. He’d cast any shade of sadness or darkness in colors of positivity; he couldn’t help himself but to always leave you smiling, or laughing, or dancing. So sincere, kid Truth. He was good. My heart is with his parents, Vic and Libby, full of grace, and his wonderful sister Maya. An unimaginable sorrow. I’m grateful for our Jessie family, with whom to uniquely grieve our guy — Peyton, Skai, Kevin and Karan, whose soul is also far too special to have to experience this depth of grief. There are beautiful connections and beams of light, ever present, truly the fingerprints of Cam still around and showing up in the midst of this. I love him so much. Forever. You’re alive in the legacy of love you built, and I will keep that light burning in me for the rest of my journey. The world was robbed. We’re better for you.