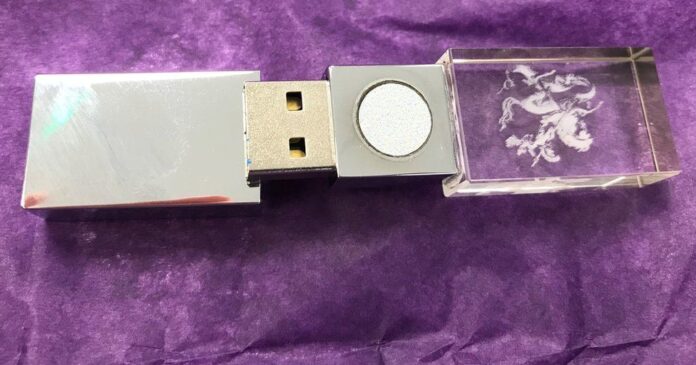 A USB device, which is claimed to provide protection against 5G in the UK, has started to be sold at a price of 399 pounds. When the USB, which allegedly uses quantum technology, is disconnected, it comes with a standard USB memory board and LED lamp.

5G mobile network infrastructure started to be established last summer in England. 5G provided a serious internet connection in the regions that are actively used in the UK, but also caused the spread of conspiracy theories in the country.

In the UK, when the coronavirus outbreak began, claims that the virus spread with 5G spread faster than the virus. These allegations regarding 5G caused attacks on 5G base stations in the country. Despite all the calls of the British government and scientists, conspiracy theories about 5G continue to spread in the country.

People who believe in the conspiracy theories that spread about 5G have now started using a USB device called 5GBioShield, sold by 399 pounds at a company called BioShield, to protect themselves from the “negative effects” of 5G.

One of the members of the 5G Advisory Committee, set up by the city council of Somerset’s Glastonbury county, called on county residents to use the device called 5GBioShield. Toby Hall, one of the nine members of the committee, suggests that 5GBioShield balances and re-adjusts the annoying frequencies caused by laptop, smartphone, tablet and Wi-Fi thanks to the quantum swing feature.

Toby Hall said that after he started using 5GBioShield, he slept comfortably at night and was in a calmer mood at home. Hall added that BioShield could therefore establish a system for Glastonbury to protect it from radiation emitted from electromagnetic fields.

Standard USB memory board and LED lamp came out inside 5GBioShield

Ken Munro, specialist of the Pen Test Partners cyber security company, and Phil Eveleigh set out to turn on the USB device to understand that 5G is inside the allegedly damaging 5GBioShield. When the two experts disassembled 5GBioShield, they encountered a standard circuit board and an LED lamp, which are included in all USB sticks.

Anna Grochowalska, one of the directors of the company where Rory Cellan-Jones managed to meet, said that they are the only global distributor of 5GBioShield, but the owner of the device is not themselves and not themselves.

“We have a lot of technical knowledge and, as you will understand, we have no authority to disclose this sensitive information to third parties for understandable reasons,” said Grochowalska on questions about how 5GBioShield works.

When asked why 5GBioShield is not sold at 5 pounds like other USB sticks, Grochowalska said that the full accounts of production costs and intellectual property payments cannot be known by a BBC reporter, so the assessment cannot be taken seriously.