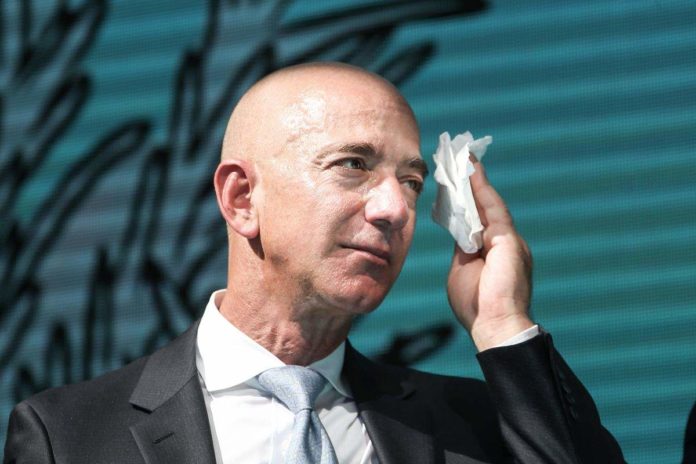 The new type of coronavirus (COVID-19), which has spread all over the world after its appearance in Wuhan, People’s Republic of China, has killed 11,402 so far, continues to pose danger to workers. That’s why four American senators sent a letter to Amazon CEO Jeff Bezos.

In the letter signed by Cory Booker, Bernie Sanders, Bob Menendez and Sherrod Brow, Amazon warehouse workers were asked to be given sick leave and a 50 percent hike risk premium. The senators’ call came after a worker’s coronavirus test was positive at the delivery point in Queens, New York.

Will the bad reputation rules of Amazon be loosened?
“The failure of Amazon to ensure the safety of its workers, not only its employees, but the entire country,” was used in the senators’ letter. A series of questions that senators must answer until March 26 and question what measures Amazon takes to protect its workers, while Senators point out that the risk of getting infected with coronavirus due to Amazon’s decision to put efficiency and profits ahead of security while taking all kinds of precautions. they asked.

The letter asked whether the cost of the coronavirus tests to Amazon workers would be covered, and whether the disciplinary rules and strict efficiency, known to be harsh at normal times, would be relaxed to provide enough time for workers to wash their hands. Senators also added questions whether Amazon will close any plant where a worker’s test result is positive.

The letters of four senators were written after the center was temporarily closed after a worker at the delivery center known as DBK1 in Amazon’s Queens, New York proved positive for the coronavirus test. The incident in Queens was the first case of coronavirus detected in Amazon warehouse workers in the USA. Last Monday, at least 5 of the workers working in their warehouses in Amazon, Italy and Spain announced that coronavirus was detected.

Workers ask for paid leave:
Workers at Amazon headquarters are given the right to work from home, while most supply center workers and cargo drivers are not able to work remotely. An Amazon spokesman who denied the allegations in the letter claimed that “extraordinary measures” were taken to protect employees, and that measures such as cleaning and distance work were taken for the safety of workers in the warehouses.

The spokesman said that Amazon employees are “heroes who fight for their community during the crisis and help people by delivering the critical items they need.” He also argued that although the supply declined due to the crisis, they were providing services to the most sensitive people by ensuring the safety of their employees.

Amazon had previously told CNBC that they had taken “preventive measures”, including increased cleanliness in all facilities, to protect supply center employees. Amazon is trying to achieve social distances among its workers through such measures to cancel team meetings at the start of the shift.

On March 9, Amazon logistics workers had prepared a list of requests requesting various preventive measures, including paid leave. The company announced that it would pay up to two weeks to its coronavirus-infected or quarantined workers, and gave unlimited unpaid leave to workers working around the clock during the month of March.

Dating stories of the actors of the TV series “Very strange...