Home Entertainment Call of Duty: World At War May Benefit from a Remaster 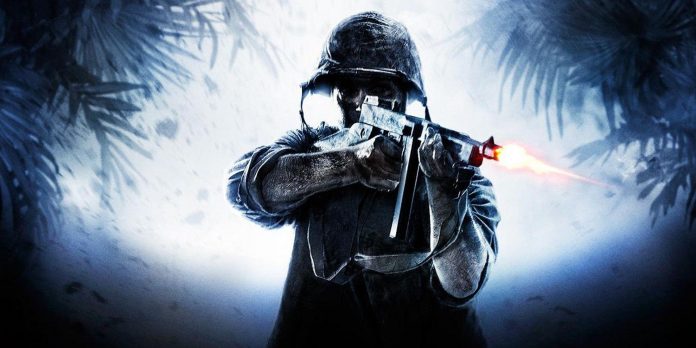 Right now, the Call of Duty franchise is gearing up for changes as Microsoft acquires Activision Blizzard. Some believe that the series will get rid of brand new games every year and instead focus on making the next chapter even better. This is great news for fans who are tired of the annual releases of Call of Duty, but it could also significantly affect Activision’s business model, which relies heavily on these annual releases. To make this easier, it might be a good idea to fill the empty years with more remasters, as they are not unheard of, but rarely done, and especially remasters outside of the Modern Warfare franchise.

World at War has started the Black Ops storyline

Call of Duty World at War has become the first chapter of the very popular Black Ops sub-series. Although there are no titles of the titles that appeared after, the story contains many characters that were carried over into the rest of the series. At that time, the plot and gameplay were also more mature than in previous installments of the franchise. It was also much more open-ended than the rest of the series, and it has a story that shows players two sides of World War II.

The story of World at War followed three different characters throughout the story. Players will control Private Miller during the Pacific Campaign, Private Dmitry Petrenko on the Eastern Front and Petty Officer Locke, who serves as a weapons operator on the PBY Catalina flying boat. Along with them appeared the characters of Sergeant Viktor Reznov, Sergeant Tom Sullivan and Private Polonsky. Characters such as Reznov and Dmitry Petrenko are returning to the Black Ops campaign.

The story was presented from two different sides, the Americans and the Soviets. Both campaigns are about soldiers fighting during World War II. The game does not shy away from the brutality of war, as it has more graphic violence compared to other parts of the franchise. This was the first Call of Duty in which it was possible to dismember the enemy, and it was one of the most accurate images of the Second World War of that time.

World at War has created a zombie mode

Zombie mode has become one of the main elements of the Call of Duty franchise, but this would not have happened without World at War. These were zombies in their most basic form, as this was the first iteration before a lot of perks, tricks and a whole storyline were added to the series. It was just four players battling countless waves of zombies in a fun mode.

Players killed zombies and got points. These points will then be used to buy weapons scattered around the map and open new rooms that players will have to defend. They also had to repair the wooden barriers protecting the windows and had to do their best to survive as long as possible. It quickly became a fan favorite mode, and three additional maps were added to the World at War DLC for its further development.

It wasn’t the most advanced zombie mode Call of Duty has ever had, but it was the first. The series took the zombie mode and worked with it, adding all sorts of new things or trying out completely new versions, such as TranZit Call of Duty Black Ops 2. Because of this, it may seem very outdated, but the updated version can help it shine again, even if these maps have been redesigned or fixed in other games. It’s always nice to honor what came before, and giving this zombie mode a fresh coat of paint will go a long way to honoring the beginning of this staple of the Call of Duty franchise.

In World at War there was a pretty funny multiplayer

The multiplayer game World at War had six different modes that all Call of Duty players are familiar with.