Home Tech Call of Duty: Warzone | Users find a pistol not yet released 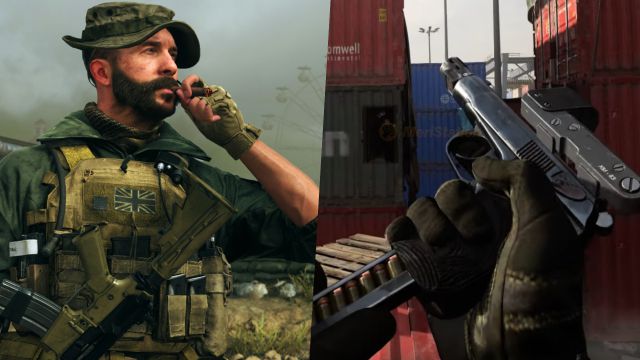 Call of Duty: Warzone hides some weapons in its arsenal. Some users share the use of a submachine gun that has not yet been launched.

Call of Duty: Warzone seems to have some surprises in store. Users have come across the possibility of being able to use a pistol that has not yet been officially released in the game. We are talking about the Sykov weapon project, a compact pistol that can be fired like a machine gun.

This is the Sykov, the pistol not officially released in Call of Duty: Warzone

The Sykov pistol is one of three weapons leaked in the game files that have not yet been officially enabled in the Call of Duty: Warzone armory. As explained by u / RestlessGoats on the Reddit community, I fucking had access to this handgun during a game in Bloody Loot.

The modeling of the pistol is inevitably reminiscent of a Makarov, another of the weapons that have appeared in more than one installment of the saga. Although it started from the base of a semi-automatic type of fire, this weapon project allows the Sykov to fire in automatic mode. In this way you can unload its 12 bullets in a matter of a second and a half.

The same user took advantage of the comments space to reveal that the day before recording the clip he was able to handle a RAAL LMG, another of the weapons that are hidden. In this way, he would remain to know what the CX-9 SMG is like in action, the last of the leaked trio.

We do not know when we can add them to the armory, if it ever ends up doing so. The next content capsule that awaits the battle royale will be, a priori, on February 24, when Season 2 of Call of Duty: Black Ops Cold War is expected to arrive. We recently received the reinforcements of the first season, which highlighted the second chapter of the Zombies mode (Firebase Z), the arrival of Express to the competitive rotation and more.

You can disable the resistance of triggers in FIFA 21, PS5

F1 parents Dirt and Grid give green light for sale