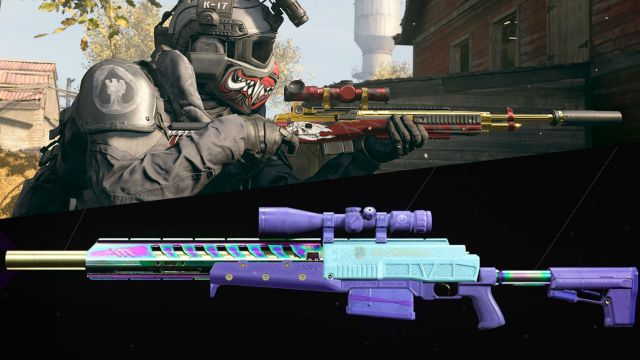 The Call of Duty: Warzone community discovers a paid HDR project that offers visual advantages over the default Armory model.

Call of Duty: Warzone is once again immersed in controversy. After discovering several paid aspects that have advantages, such as the invisibility of Grinch, the community is furious to discover an alternative version of HDR that offers improvements over the basic model.

Call of Duty: Warzone and the Oceanographic: a controversial HDR project

This is not a MAC-10 case, in which the Gallantry project offered modified statistics against the default weapon with the same accessories. The virtue of El Oceanografico is centered on its telescopic sight and the established field of vision once you aim through it.

As the user u / aur0n collects in the Reddit community of the battle royale, you can see more enlarged area using this weapon project, in addition to having the peripheral vision of the rest of the screen. When you use basic HDR, that does not happen: the screen darkens around the zoom and the enlarged circle takes less margin.

In a multiplayer of this type, where spotting an enemy is a fundamental part of your survival, it is hard to find an alternative paid version that offers items not found in the armory. Especially when the nature of the ingame store is to sell cosmetic packages that do not affect the gameplay.

For its part, the actuality of the battle royale is due to having received a patch that eliminates, for the fifth time, the glitch of the stimulant, among other adjustments. The opportunity to re-emphasize its fight against cheaters was not missed either: 60,000 accounts were banned from the game in the first week of February, and 300,000 since its launch in March 2020. Raven Software boasted an internal anti-cheat system, which It makes it difficult to go unnoticed by those who play using external software.

The name of Xbox Live is being changed!

Nintendo says it’s not planning to announce the Switch