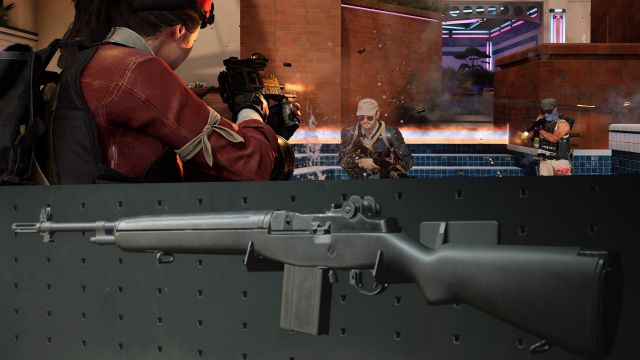 Raven Software puts the community at ease: they are working on a patch to balance various weapons in Warzone, such as the DMR 14 and Mac 10, among others.

Call of Duty: Warzone is preparing to kick off 2021 with a new patch of changes. After receiving the Black Ops Cold War arsenal, users have noticed how unbalanced some of the new ones are. We are talking, of course, about the DMR 14 tactical rifle, the predominant weapon at the moment in battle royale.

As Raven Software indicates on its official Twitter account, a balancing patch is coming “soon” that will affect the current power of various weapons. The DMR 14’s problem extends to the Type 63 assault rifle, the Mac 10 submachine gun, and dual pistols of any model. The study warns that these changes will be exclusive to Warzone, so we can expect the behavior to remain intact within the competitive Black Ops Cold War.

Don't fret! We've heard you and a balance update is coming soon to address concerns about the DMR 14, Type 63, Mac 10, and dual pistols. ⚖️⏲️

Both companies have published the changes in the playlists that they will receive as of Thursday, January 7. On the Treyarch side, the competitive will feature Raid + Crossroads Strike 24/7, Gunfight with gun projects and a dirty bomb duo.

In the case of Warzone, bloody loot trios and mini royale quartets will be removed from Rebirth Island. Starting on January 7, loot will arrive for quartets and two modes within the new map: mini royale duo and trios in resurrection.

Season 1 of Call of Duty: Black Ops Cold War and Warzone continues its course. In this link you will find everything you need to know about the changes and news already available in them. If you have not played for several months, you should know what the unification between Modern Warfare and the two current installments translates into. All the time you invest in it affects the progress of all three.