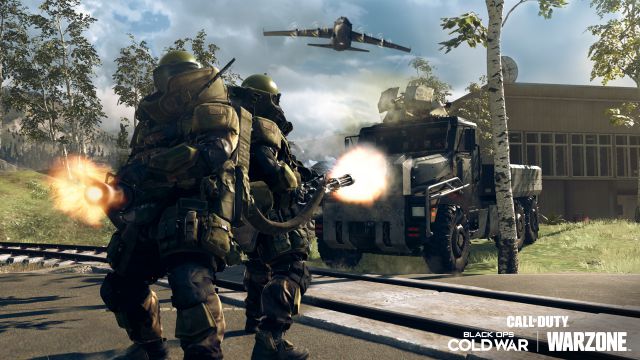 How does Operation Flashback work in CoD Warzone?

The event functions as a special playlist focused on squads of up to four players. Verdansk’s version is from 1984, but the ingame activities will mix the views in Modern Warfare and Black Ops Cold War.

Each start of a circle may trigger any of the following activities: store discounts, prison release, supply helicopters, supply drops, Ground Fall (satellites falling), hostile fire (C4 on the roof of Nakatomi Plaza), Restock (all map supply crates reset), Resurgence (revive dead companions if at least one is alive), Juggernaut Royale and one unreleased.

The weapons that will appear on the map will be a nod to the most used models of your career. Additionally, the vending stations offer sentry turrets, armed trucks, bombardments, and more. Some bunker cards will appear randomly across the map.

The Vanguard integration will not alter the progress you have made in the past nearly two years of combat, including carriers, business cards, and more. Its managers affirm that the arrival of the new game to the ecosystem will take place in the same way as with Black Ops Cold War. If you play any Call of Duty starting with Modern Warfare 2019, you will continue to progress through the content of the current battle pass and unlock content to use in Warzone.

Remember that Vanguard players will be able to access the map on December 2. This exclusivity period will only last 24 hours: starting on December 3, it will be available to the entire Warzone community at no additional cost.

World of Warcraft: Dragonflight is already reducing the speed of the...