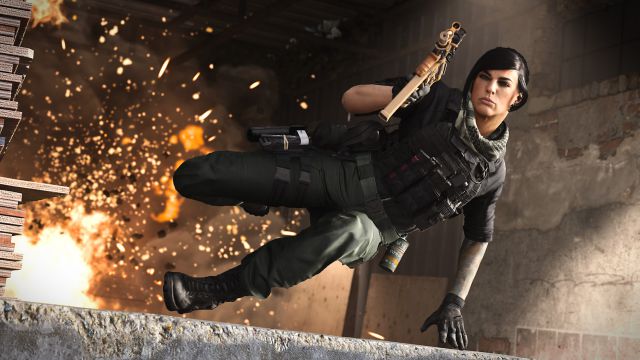 Players of the Infinity Ward battle royale have been complaining about issues since their integration with Call of Duty: Black Ops Cold War.

Complaints about the status of Call of Duty: Warzone have only grown, but Raven Software has reacted by promising changes. As we published in MeriStation, the North American developer was going to focus on an update to balance some of its weapons. According to the study itself, the new patch is now ready and affects the following weapons.

Dual Pistols: The dispersion of the shot from the hip is increased and the damage range decreased.

In the past few days, players have encountered issues following Warzone’s integration with Call of Duty: Black Ops Cold War. Some have exploited an exploit and have been able to access the Gulag without having fallen in battle.

Call of Duty: Warzone is a free-to-play title for PS4, Xbox One, and PC. It also works with improvements on Xbox Series X, Xbox Series S and PS5, as the developers explained that this project was intended for the long term. In this way, it will continue to evolve along with this year’s delivery, although in its conception it was closely linked to Modern Warfare, also by Infinity Ward. The same did not happen as with Blackout, Activision’s first attempt at the battle royale genre. As soon as Black Ops IV was displaced, this modality was ostracized.

Activision released Call of Duty: Black Ops Cold War on November 13 for Xbox One, Xbox Series X, Xbox Series S, PS4, PS5, and PC. Although the multiplayer modes are in the hands of Treyarch, Raven Software has taken over the campaign and the integration of Warzone with the new title in the series.