We put on the table all the data we know so far in season 5 of Call of Duty: Warzone and Modern Warfare. The time is coming.

Call of Duty: Warzone and Modern Warfare are preparing to receive Season 5, a period full of new experiences that bring variety to combat in all its aspects. From battle royale to competitive, August has a flavor of a new faction, new weapons, and a hundred-level grid to unlock through the Battle Pass.

For this reason, we review everything we know about the new season before its arrival. Infinity Ward has gradually revealed details that may have gone unnoticed by most. The content wheel keeps turning.

The fifth season has started today August 5. The update has been enabled at 08:00 CEST, which is when the season rotation begins. The studio has already warned its followers that the download will be “big”: 36 GB in total. “It is a priority for us to reduce the overall size of Modern Warfare and Warzone on your hard drives, while also offering new seasons for everyone to enjoy,” acknowledged production manager Paul Haile. Zero surprises in this regard. You can download the update now to have everything ready for when it is enabled.

The usual cascade of corrections and balances at the start of the season is expected. Remember that the changes made in the middle of the fourth changed the absolute reign of the Grau 5.56. The reduction in power in its two main guns allowed it to be equated with other assault rifles of the same value. Although it is still one of the best weapons, we now find more diversity.

The patch will bring changes for the first time in Verdansk. Based on what was published in the previous teasers, we can see the open stadium and a train running around the existing rail network. Everything seems to indicate that we can finally enjoy the playable offer that awaits us inside the stadium, while the train speaks for itself: the locomotive can be a key point to receive equipment.

BREAKING: Infinity Ward has sent the first teaser of Warzone Season 5 to @NICKMERCS —

August 5 start date, looks like a train is coming to Verdansk… https://t.co/47u4x7GuuD pic.twitter.com/6XfTSPldeF

The first teaser places us directly at the train station, right between Boneyard and the two promenade districts. In it we can see what the back of a locomotive looks like. Look at the tracks: it’s in the center one. There is a clear path between the abandoned station wagons. The date, August 5, eludes directly at the start of season 5. Look at the time: it is important to unite the rest.

The second augurs changes in the Stadium. As we said, everything indicates that we will be able to visit for the first time the great mass of the center of Verdansk. We know that it is the stadium due to the different decorative icons of the local team. Can we jump the grass? We will see. What is clear is that as the date indicates, we will know it on day 5. In the teaser timeline, it happens 20 minutes after the train.

We go back to the Stadium. Now the camera appears damaged by an explosion inside it. Only one minute is advanced compared to the previous one. Has an artifact been detonated that has allowed it to be attacked?

Just a few weeks ago we knew the return of an old face of the saga (tell Ghost). The Shadow Faction (Shadow Company in English) has returned to the franchise since its stellar appearance in Modern Warfare 2. Infinity Ward has placed special emphasis on bringing a coherent narrative throughout the additions, and in this case it targets fans directly. 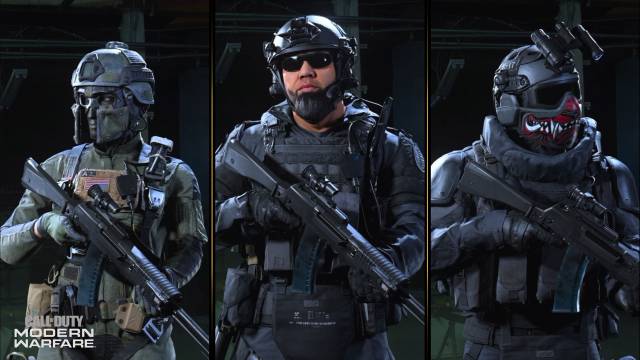 At launch, the company will have three faces: Rozlin “Roze” Helms (current operator of the Jackals), Velikan and Marcus “Lerch” Ortega, leader of the company. If you want to know their background prior to arrival, you can do so at this link.

How to use OBS Studio on Android phones

Is Coronavirus Risk Really Low in the Group Under 65?